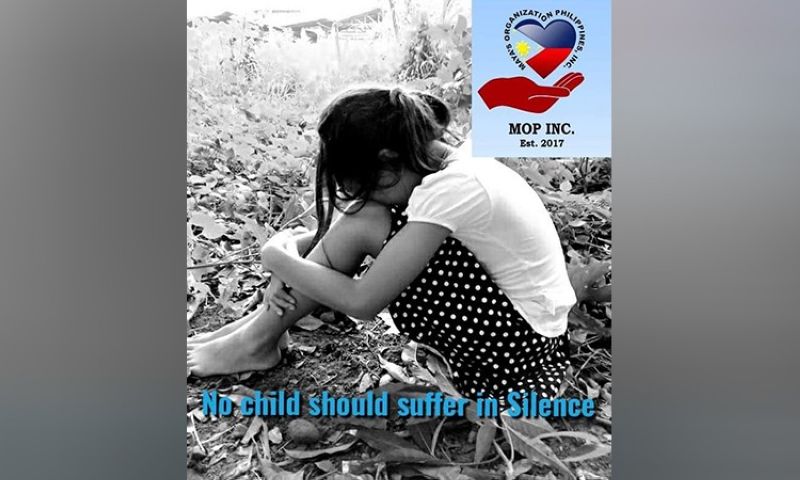 MARIETA “Maya” Monta was just around seven years old when one of her closest relatives took out her innocence forcibly. Although she had nine other siblings and complete parents, she felt she had no one to turn to, afraid and lost in her own home.

“I was grade 2, around 7 and half years old that time, noong nangyari (when the event happened). I kept that dark secret of my life for almost 33 years. I know how it feels to be a victim of rape, especially if the perpetrator is your closest family member,” Monta narrated.

Monta lived at Dipalag 1 in Barangay Manuel Guianga, Tugbok District, Davao City, along with her brothers and sisters and parents when she was raped. When she reached the age of 13, Monta left her place to find work and continue her study but still in Davao City. One of the main reasons why she left her family was to move away from her perpetrator.

Monta is only among the many other rape victims in the country. With this experience, she arrived at a conviction to help others who are lost and afraid in their own homes because they were also rape victims like her.

In 2018 alone, a total of 706 crimes against children were committed in Davao City alone, according to the Philippine National Police Region 11-Women and Children’s Protection Desk. Out of that number, a total of 88 rape cases were recorded, while incestuous rape or rape committed by members of the family of the victim recorded a total of 38 cases.

In 2019, the same office also recorded a total of 209 sexual abuse cases against children in Davao City.

Monta left the Philippines and worked in the Middle East in 1997 to find a better-paying job to support her siblings and to make a way to help other rape victims.

In 1999, she got lucky to be hired as a private nanny and housekeeper in England.

She fell in love with a Filipino-British man and decided to tie the knot in 2006. Unfortunately, her husband died of liver cancer a day after their wedding.

As if her bad luck was not enough, she was allegedly kidnapped by her husband’s relatives in the Philippines after his funeral in Manila.

“Property conflict, that was the sole reason why they kidnapped me,” she revealed.

After a while, she found a new love who she thought she could trust and help her heal fully. But she was wrong. She was betrayed, used, and abused by her new partner.

Those series of unfortunate events made her suicidal.

However, while processing her agony and healing, she met few people who encouraged her and gave her words of wisdom and enlightenment. Then she realized, she was being astray because of the negative things that happened in her life. She lost focus on the mission she already found after she was raped. She had to help rape victims like her.

Immediately after straightening up, she established an organization in the Philippines called Maya’s Organisation Philippines Inc. (MOP, Inc.), which aims to build a rehabilitation center for children who suffered sexual abuse using her resources.

“Young children are the most vulnerable; sometimes they do not know what's the right or wrong thing to do. There are so many children in suburb areas that need attention. Most of them belong to the poorest family. They don't know where to go or are too scared to tell anyone what they've been through. We must do something to protect them,” Monta said on why she had thought of this kind of project.

According to her, although the country already has centers for sexually abused children, which are run by the government such as the Department of Social Welfare and Development (DSWD), many could only let the residents live for a couple of months or six months maximum stay, which is not enough time for a victim to recover and to heal their trauma.

Her rehabilitation center, which she plans to cater to 50 to 100 children across the country, aims to let victims stay for as long as two years.

“Before the two years would lapse, we will find a way and make sure na nasa mabuting kamay sila (that they are in good hands). We will not release them if they're not ready or walang mapuntahan (if they don’t a place to go to),” Monta said.

First in the pipeline of her project is to build the center in the Third District of Davao City before expanding it to other areas in the whole Mindanao.

“First in Third District kay mas maoy daghan og abused children base sa report ng (since there are more abused children cases there, according to the report from the) PNP (Philippine National Police) that we have in 2019 but much more recently, especially sa (during the) pandemic,” she said.

Monta said her organization has already been registered in DSWD and they are now in the process of acquiring a license to operate for the rehabilitation center, which is also in the stage of looking for land to erect the center.

The rehabilitation center will cater to all children victims of rape or sexual abuse regardless of their race, gender, economic status, or religion to ensure that “no child should suffer in silence and cry in darkness.”

“The center will be free, that means no fee needed for them to pay, to all the victims of rape who need healing and recovery, provided that they are referred to us by the DSWD or the PNP. We also cater to walk-in child, but she needs to go through verification and evaluation by our psychologist and social worker and must be assisted by the PNP,” she said.

The victims, or the residents of the center, will be provided with counseling and holistic healing. There will be livelihood activities for them as well to make them busy and divert their attention from the ordeal they have suffered.

She also revealed that volunteer trainers from the United Kingdom and the US are willing and all ready to come to Davao City to impart their knowledge and train her volunteers.

However, she admitted that establishing this project is never easy, especially during the first stage, the building of the center.

“We will be needing the help of the business sector, private sector, the local and national government’s support on this. We are already communicating with the government to support us financially but as you know our government is focusing on different matters, especially in fighting the Covid-19. But also we need to address this situation na maraming mga bata (that there are a lot of children are becoming) rape victims lalo na walang schools open ngayon (especially that schools are not open this time), Monta said.

She said now more than ever, during this time of pandemic, all the sectors must help together because children victims of rape keep on increasing due to the restrictions brought about by Covid-19 when no schools are open and perpetrators are just in the same roof with their victims.

“This frightful event of rape victims could lead to some committing suicide because they don't know where they would go or if not they could be killed by their perpetrators. There are many parents, especially mothers, who are abroad to provide for their families and left their children to their relatives. It is not easy for those children victims without their parents’ guidance,” she said.

Monta said the aim of MOP, Inc. is to help the government by building the rehabilitation center to heal and help rape victims from their trauma and become productive individuals again. That is why she is seeking land donors in Davao City.

She revealed that she already went personally to the Malacañan Palace and the Senate in 2019 to hand over her proposals, but she has not heard anything from them yet.

In terms of sustaining the operation for the rehab center and the organization itself, she said she will be establishing a livelihood project aside from the international donors who pledged to support her.

“The rehabilitation center for rape victims will be a huge impact on our city. Now I am living in the United Kingdom and working here to provide financially for the organization and the center,” she said.

Although the rehabilitation center has not yet been established, she already thanked those who have helped her, especially the volunteers who dedicated their time and efforts to this mission.

“I am dedicating my entire life to this mission to inspire rape victims to come forward and help each other and tell them that it is not our fault,” she said.

Although it took her 33 years to be healed with scars still there she emphasized that the pain she felt became the power that pushed her to help other rape victims.

“I have been there and I know how it feels being in the darkness,” she ended.

For those who want to help or inquire about MOP, Inc. and their project, please visit their website (www.mopinc.org).