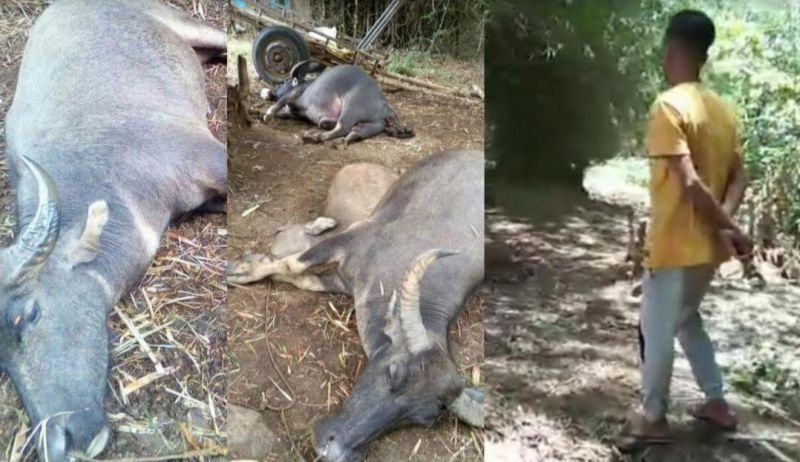 FOUR carabaos were struck to death by lightning in Purok Kalubihan, Barangay Bacong in Bago City over the weekend.

Eighteen-year-old Carlo Dellosa, whose family owns the carabaos, recalled that the rain poured around 12:30 p.m. on Saturday.

Dellosa said the rain did not last long. The weather got hotter afterward.

"We then heard a strong sound [thunder] following a spark. It seemed that the lightning really hit something," he said, adding that "it was too close to the ground."

About 20 meters away from their house, they noticed that the four carabaos fell on the ground.

Upon checking on them, the family confirmed that the carabaos were the ones hit by lightning.

For his family, the death of the carabaos is a big loss, as these animals are the main source of their livelihood.

Dellosa is one of the three siblings. Their parents work as sugarcane farmers.

The total amount of the four carabaos was pegged at about P150,000.

In the hope to get even a small amount of money, the family decided to sell two of the dead carabaos at a much lower price of P13,000.

The two other carabaos were slaughtered and sold to their neighbors. Some of which were intended for their family's consumption.

They are hoping to get some help, especially from the local government like new carabao stocks so they can start raising animals again.

"We need to have a source of livelihood for our family to provide for our daily needs especially during this pandemic," he added.