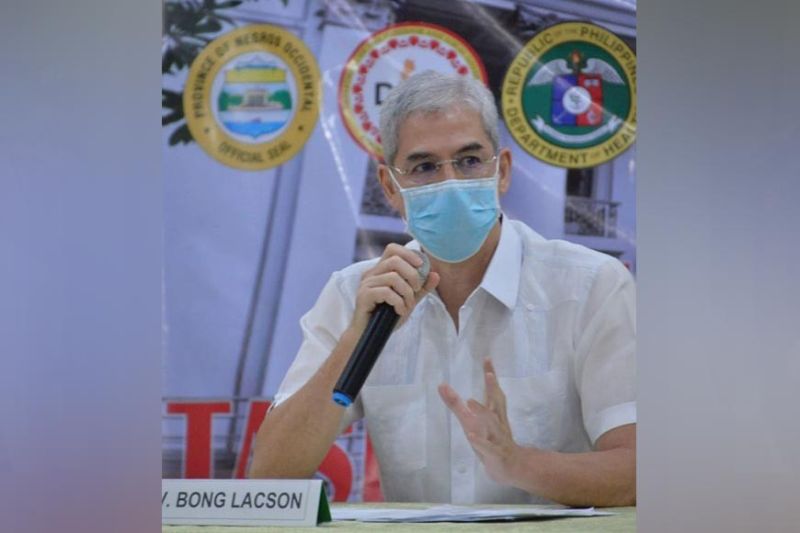 This came after the Provincial Incident Management Team (PIMT) reported that there is heavy congestion of Covid-19 patients and returning residents at some LGUs.

Dr. Gerhart Zeaphard Caelian, head of PIMT, reported that the EB Magalona Healing Center was being occupied by 179 Covid-19 patients, way beyond its capacity of 107.

On the other hand, the Silay City Healing Center, which can accommodate 206 returning residents, who underwent swab tests upon arrival at seaports and the airport, was fully occupied after 150 returning residents from Manila were brought there in addition to the 106 who were already occupying the facility, Caelian said.

The Mambukal Mountain Resort in Murcia, which has a capacity of 88, was currently occupied by 62 patients.

If quarantine facilities in LGUs are congested, the governor said: "they should have to avail of more classrooms."

Lacson said he will not request a moratorium for inbound travel to Negros. Instead, LGUs with no vacancies in their quarantine facilities will have to stop accepting travelers.

While there were LGUs with triple-digit active cases of Covid-19, there were also towns and cities with a low number of cases, the governor said.

Lacson said getting approval from the Regional Inter-Agency Task Force for another travel moratorium will be difficult since the previous request was already extended two weeks ago.

“The problem here is economics,” he said, as the national government will no longer provide subsidies to the local government.