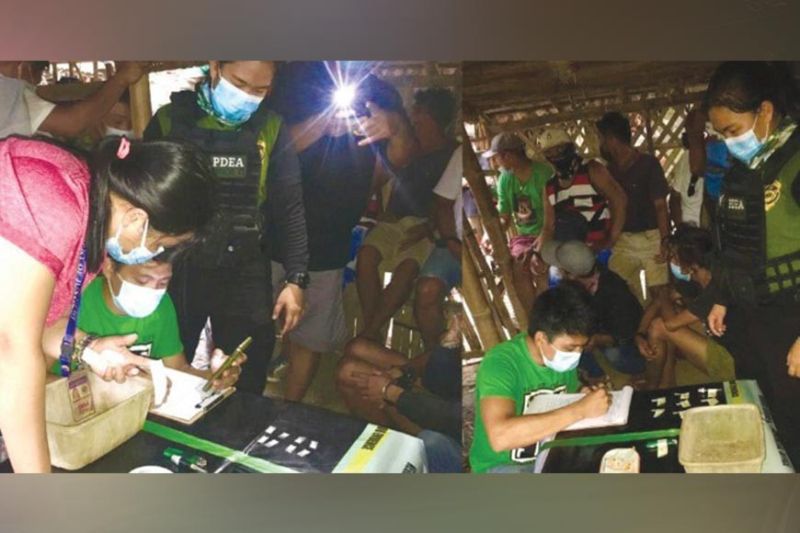 SEVENTEEN people were arrested, while two others managed to escape after operatives from the Philippine Drug Enforcement Agency (PDEA) and the Kabankalan City Police Station raided a suspected drug den in Purok 1, Barangay 6, Kabankalan City, Saturday morning, May 8, 2021.

The escaped drug suspects were identified as George Ordonia and Reggie Matos.

According to the Kabankalan City police, the raid was conducted by anti-drug operatives from PDEA-Negros Occidental and PDEA-Guimaras after they received information that Ricardo Garcia, George Ordonia,s and Reggie Matos were maintaining drug dens in the area.

A total of 25 sachets of suspected shabu were seized in the raid. The illicit substance had a combined weight of 15 grams and was valued at P102,000.

Police have prepared drug-related charges against the suspects.

The arrested druggies were detained at the Kabankalan City Police Station, while cops continued their manhunt operation against Ordonia and Matos.