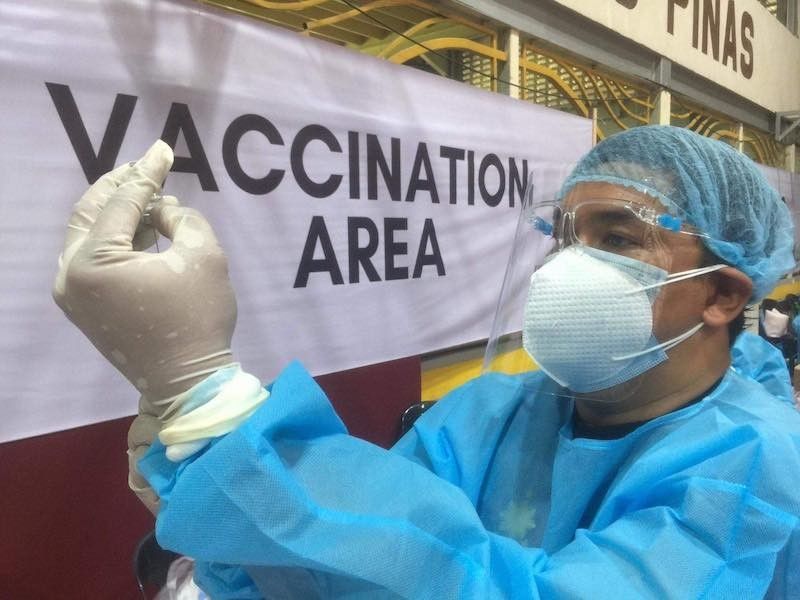 VACCINE czar Carlito Galvez Jr. has urged the Nayong Pilipino Foundation (NPF) to sign an agreement allowing the use of its property as site of a mega vaccination center that will inoculate up to 10,000 individuals a day.

“Time is of the essence. A single minute, hour or day wasted due to indecision or lack of foresight could have a major impact on our vaccination program. Now is not the time for dilly-dallying. What we need is decisive action,” Galvez said in a statement issued late Sunday night, May 9, 2021.

“With the expected arrival of the bulk of our vaccine orders by the second and third quarter of this year, it is crucial to build up our country’s capability to handle and administer them. And the key in this line of effort is the establishment of more vaccination centers nationwide,” he added.

Galvez, who is also the chief implementer of the National Task Force (NTF) Against Covid-19, said construction of the facility at the NPF property should have started weeks ago.

The NPF board of trustees, through executive director Lucille Karen Malilong-Isberto, raised “technical and legal concerns which may arise in the project’s implementation, as well as the possible impact of the facility on the environment.”

The NPF said around 500 ipil-ipil trees would have to be cut down in order to build the vaccination site.

Galvez said, however, that it is “inappropriate for the NPF to equate the fate of 500 ipil-ipil trees with the lives of hundreds of thousands, if not millions of Filipinos.”

He pointed out that the proposed site of the facility is a reclaimed piece of land, and not a protected forest or a marine sanctuary.

The Inter-Agency Task Force (IATF) for the Management of Emerging Infectious Diseases, in its Resolution No. 109 on April 10, 2021, approved the construction of the facility.

The NPF board, however, has not signed the memorandum of agreement with the NTF.

Galvez said the delay had prompted Executive Secretary Salvador Medialdea to issue a memorandum on May 4 directing the NPF “to undertake any and all acts necessary to allow the Department of Health (DOH) or the NTF to use the NPF property.”

He said they were not downplaying the position of the NPF board, but he stressed that implementation of the project is a race against time.

“With the government’s target of vaccinating 500,000 persons per day in the NCR and 200,000 people daily throughout other parts of the country, this vaccination center brings us closer to our goal of inoculating at least 50 million Filipinos and achieving herd immunity within this year,” he added.

Galvez said the environmental issues raised by the board were being carefully considered, which is why architect Felino “Jun” Palafox has been commissioned for the project.

Construction of the facility will be undertaken by ICTSI Foundation led by tycoon Enrique Razon Jr. at no cost to the government.

“We would like to emphasize that the government deeply cares for the environment. But as the pandemic wreaks havoc on the lives of our people and our economy, we have to make the choice. Green and open spaces will be useless if there will be no one to visit them,” Galvez said.

Tourism Secretary Bernadette Romulo-Puyat expressed support for the project, which she described as a “game changer for the vaccination program.”