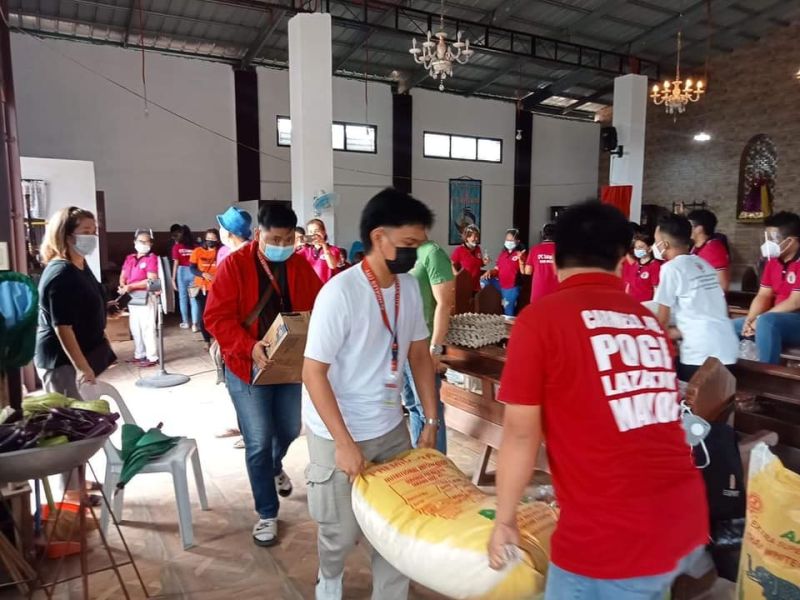 BAYANIHAN. The spirit of “bayanihan” is very much alive in Angeles City as workers from the local government and volunteers distribute goods to various community pantries. (Angeles City Information Office)

AS A way of expressing his support for their good cause, Mayor Carmelo Lazatin, Jr., through his staff, delivered on May 8, 2021, his personal donation of five boxes of canned goods and three sacks of rice to the community pantry located in Barangay Salapungan.

This move was to inspire and encourage his constituents in helping their kababayans and to keep up with the bayanihan spirit, Lazatin said.

The City Government has been providing food assistance to Angeleños who contracted the coronavirus and even extended aid to their families, beginning on April 9, 2021.