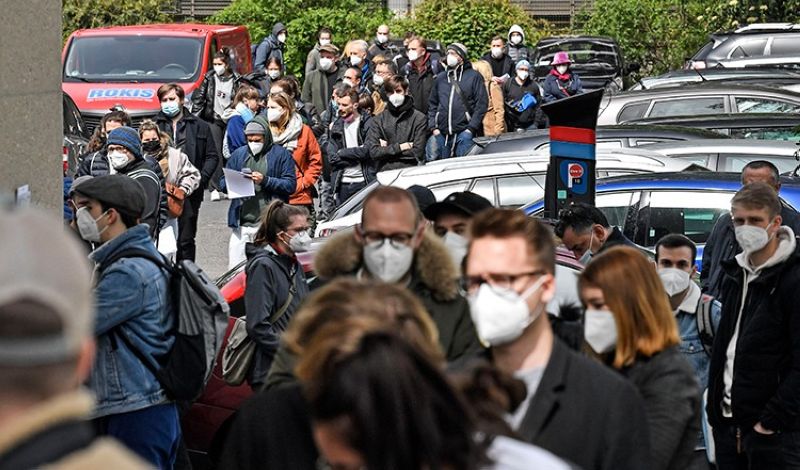 GERMANY. Several hundreds of people line up to receive an AstraZeneca vaccination against the coronavirus at the forum of the DITIB central mosque in Cologne, Germany, Saturday, May 8, 2021. (AP)

BERLIN -- Germany is making the one-shot Johnson & Johnson coronavirus vaccine available to all adults as it did with the AstraZeneca vaccine, though the bulk of the expected deliveries is still some way off.

Germany has recommended the AstraZeneca shot mainly for over-60s because of a rare type of blood clot seen in an extremely small number of recipients. But amid a push to get as many people inoculated as possible, the government decided to allow doctors’ offices to vaccinate any adults with it -- putting aside a priority system under which the oldest and most vulnerable have been vaccinated first.

Health Minister Jens Spahn said authorities decided Monday to take the same approach with the Johnson & Johnson vaccine, about which there are similar concerns. He estimated that five to six million over-60s in Germany still need to be vaccinated and that should be concluded by early June.

Spahn said the largest deliveries from Johnson & Johnson, more than 10 million doses, are expected in June or July.

Germany has now given nearly one-third of the population at least one vaccine shot. (AP)