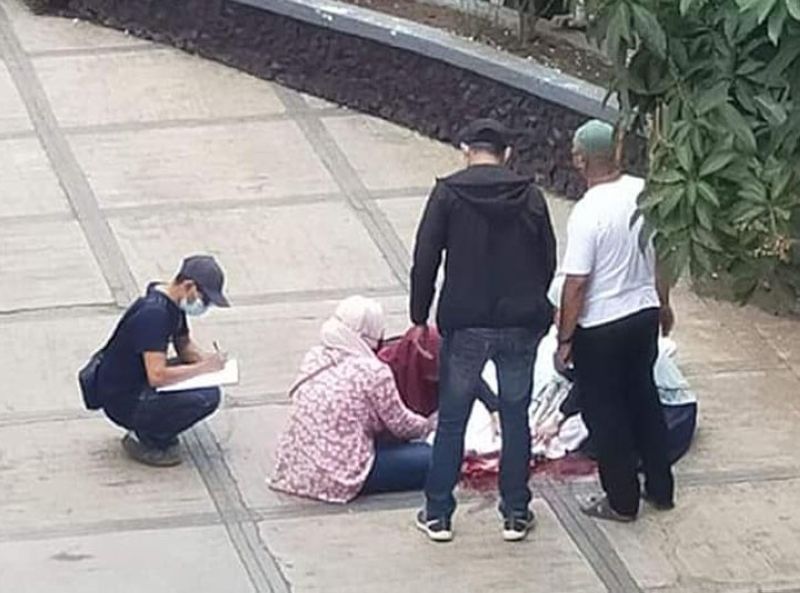 ZAMBOANGA. A lone unidentified gunman killed Monday afternoon, May 10, a village official in front of a food chain outlet in Isabela City, the capital of Basilan province. A photo handout shows a police investigator (seated left) gathers data while family members attend to the remains of the victim. (SunStar Zamboanga)

A VILLAGE official was shot dead in front of a food chain and just several meters away from the provincial capital of Basilan province, the police reported Monday, May 10.

Sitin said initial investigation showed that Amigos was walking in front of a food chain outlet when an unidentified gunman repeatedly shot him. The gunman then fled toward Rizal Avenue, Isabela City.

The responding policemen have recovered four empty shells of caliber .45 pistol from the crime scene.

Sitin said police are looking into family feud, locally known as "rido," as possible motive in the killing.

Investigation was ongoing as of this posting Monday, May 10. (SunStar Zamboanga)