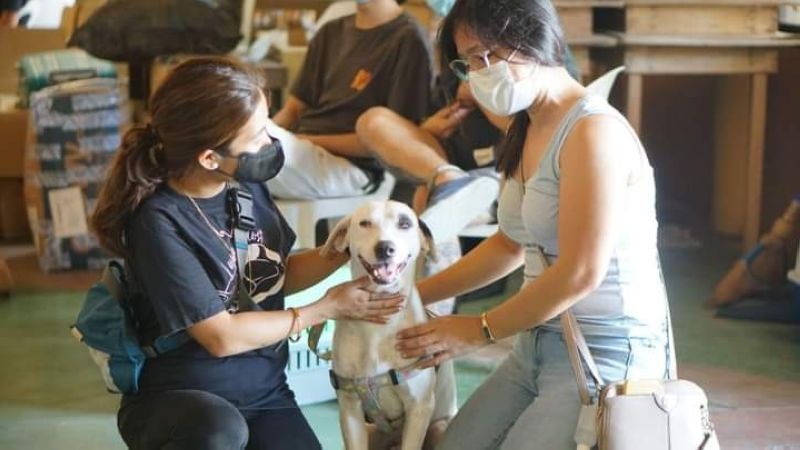 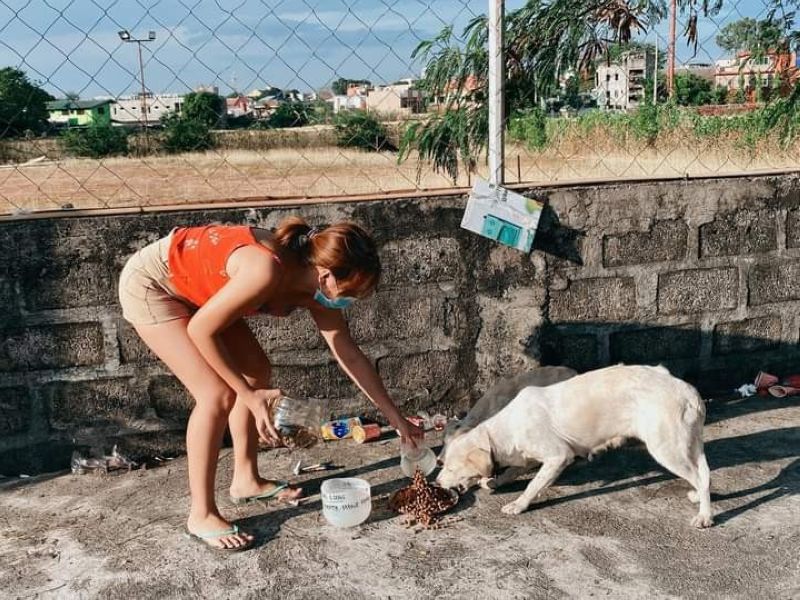 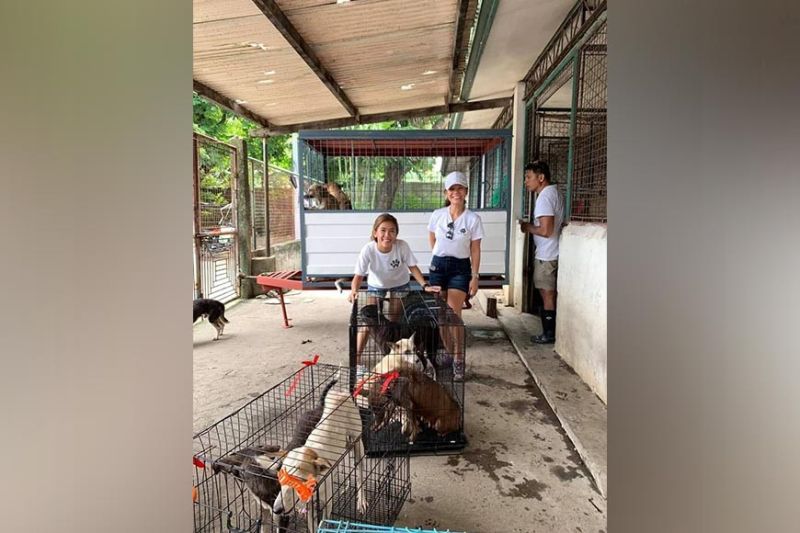 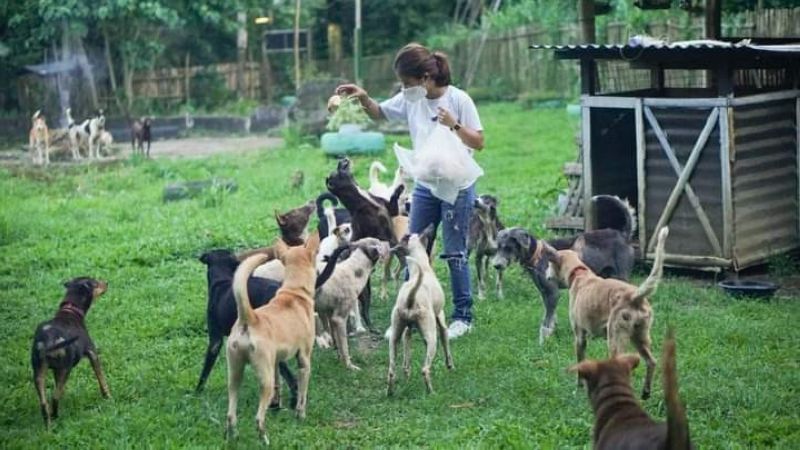 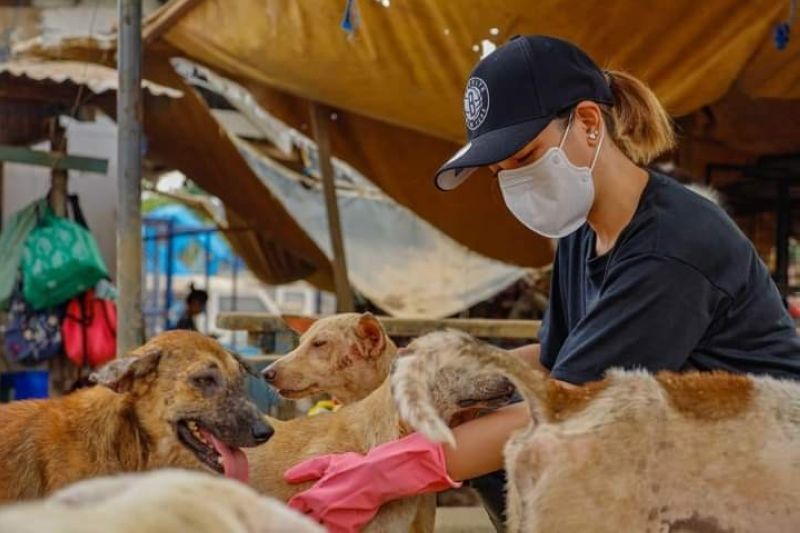 PAWSSION Project has organized a free spay and neuter event for 100 puspins, aspins, and rescues at SOL Center San Antonio Abad Parish in Bacolod City on Labor Day, May 1.

One of the main missions of the Pawssion Project is to promote the importance of spaying and neutering, specifying it as the major solution to curb the overpopulation of stray dogs and cats in the Philippines.

“We have 14 million stray dogs and cats all over the country, every year thousands of strays are euthanized in our local city pound, which increases the fatality of innocent lives because of abuse, and neglect due to irresponsible pet ownership. Spaying and neutering help prevent unwanted litters, health problems, reduce and controls behavioral concerns,” the group said.

The event was sponsored by the "Megastar" Sharon Cuneta as their newest Pawssion Project Foundation official partner. She has been enthusiastically involved in fundraising drives for the foundation. Recently she got in touch with Pawssion Project a non-profit animal rescue organization right after adopting a stray dog she named "Pawi."

Having the Megastar as part of the Pawssion Project family standing and fighting for the animals and being the voice for the voiceless, she has inspired more people to support and become immediate advocates for the animals through donations and spreading awareness about animal welfare in the Philippines over various social media platforms. Amongst those donors who sincerely and generously supported was her fellow "Darna" star Angel Locsin who donated a substantial amount for the cause.

Falcor Marketing Corporation and TopBreed Dog Meal as frequent devotees of the Pawssion Project have shown their support as well through giving away TopBreed Dog Meal products and Shield Ethyl Alcohol to everyone who was there at the event who registered.

With the help of the noble and hardworking veterinarians Dr. Froilan Juntilla, Dr. Niki Sayson, Dra. Shinly Gemoya and Dr. Ryan Janoya, together with the seven local independent volunteers who offered their blood and sweat for 12 hours of hard labor, Pawssion Project was able to accommodate 100 confirmed patients.

As a Bacolod City-based non-government and a non-profit organization founded in 2018 by Malou Perez, the organization has dedicated itself to rescuing strays and impounded dogs at local city pounds, rehabilitation, rehoming of dogs. Pawssion Project has been part of the animal welfare task force in Bacolod City, Bacolod Animal Welfare-Task Force (BACAW-TF). However, it hasn't gotten any financial and physical support yet since the Task Force has been formed.

Nevertheless the organization has magnified astonishingly some programs that are already in the works such as conducting free spay and neuter drives per barangay.

Pawssion Project, despite the hectic schedule of Malou Perez and steep funding that has to be rationed, continues to donate to the local Bacolod City pound whenever they can make sure that the impounded dogs are looked after, well-fed and not neglected with the help of other animal welfare organizations and independent advocates working together with the local government units.

At present Pawssion Project has three shelters; Bacolod City, Victorias City, and Bulacan Shelter. Collectively it has made over 500 rescues combined and most of the rescues are from the local city pound, strays from the street, and rescues from individual reports on their official page.

Their total expenses every month to maintain an operational expenditure of one shelter is about P200,000 to P250,000. For the three shelters combined they spend P400,000 to P450,000 excluding vet bills and relief operations for spay and neuter drives and campaigns.

Since the Covid-19 pandemic lockdown started, they have been feeding over 1,000 stray dogs and cats for three months, until now they are still feeding a hundred strays every day for over a year now all over the country. Their focused locations are mainly in Bacolod City, Bago City, Silay City, Cebu City, Davao City, Taguig, Quezon City, Paranaque, and Iloilo City. The non-profit organization barely has regular donations to sustain their feeding program in Bacolod City for their daily local stray feeding and so she mostly spends and shoulders the supplies through her personal resources.

Pawssion Project continues to sponsor stray feeding in Cebu City through a local shelter "Hope for Strays Foundation." Pawssion Project provides monthly food and maintenance supplies to sustain their program. Despite challenges they managed to share their blessings and resources with everyone. They distribute supplies to many shelters all over the Philippines, arrange relief operations, and help not only the animals but the individual rescuers that need support to fund their ongoing projects.

Pawssion Project's mission is to rescue, rehabilitate and rehome abused and abandoned animals particularly dogs and cats, provide human care and treatment for animals that need protection, promoting the importance of spay and neuter programs, conduct free and low-cost spay and neuter campaign, vaccination programs, raise awareness on the reality of strays in the Philippines, working hand in hand with private and public sectors to address the current animal welfare problems, and campaign for responsible pet ownership, envisioning to have a more kind and safe environment for the animals.