BOC seizes P7M worth of 'ukay-ukay' in Bacolod 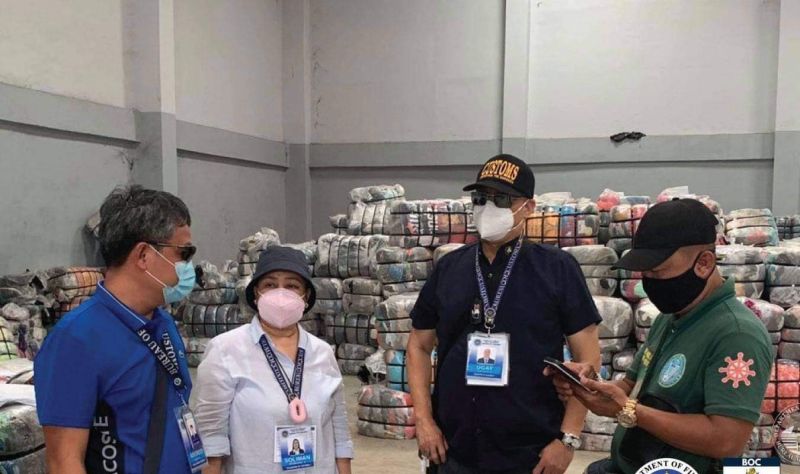 THE Bureau of Customs (BOC) Port of Iloilo office has seized an estimated P7 million worth of "ukay-ukay" products following a raid at a warehouse located in Barangay Villamonte, Bacolod City last week.

In a statement released by the BOC-Port of Iloilo Monday morning, May 10, a composite team from their Customs Intelligence and Investigation Service Field Station, Enforcement and Security Service-Customs Police Division, Customs Border Protection District VI, Philippine National Police, and officials of Barangay Villamonte inspected the warehouse through a letter of authority signed by BOC Commissioner Rey Leonardo Guerrero.

An inventory was then conducted by the BOC Sub-Port of Pulupandan, which later estimated the value of the seized goods at more or less P7 million.

The BOC-Port of Iloilo added that an investigation is now being conducted for possible filing of charges against the owner of the seized goods for violation of Republic Act 4653, which "prohibits commercial importation of used clothing and rags to safeguard the health of the people and maintain the dignity of the nation."

The law carries a maximum fine of P20,000 and a two-year to a five-year prison sentence.

The BOC, however, did not reveal the name of the owner of the said "ukay-ukay" goods.