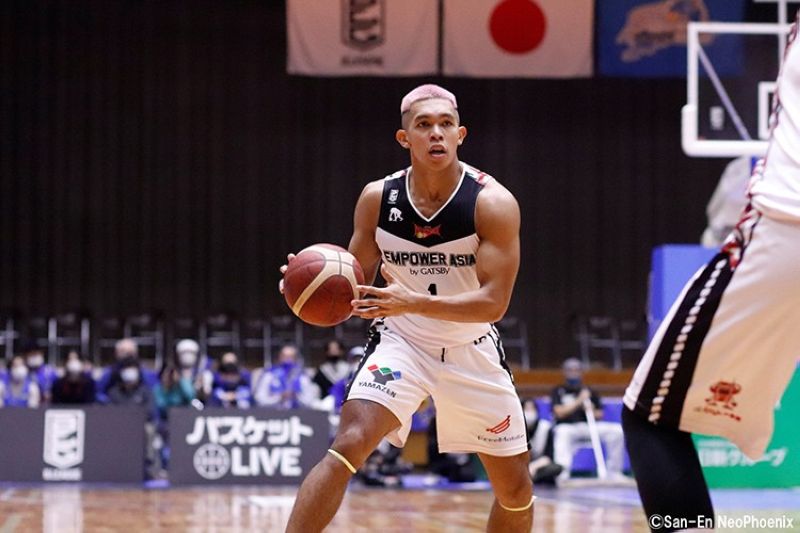 Thirdy Ravena will be playing in Japan for the foreseeable future after he signed a multi-year deal with the San-En NeoPhoenix, the team that gave him the opportunity to play in Japan’s B.League.

The athletic 6-foot-3 wingman revealed the development on his social media pages, saying he had “unfinished business.” Although the three-time UAAP Finals MVP put up decent averages of 9.1 points, 3.6 rebounds and 1.6 assists in 18 games during his rookie season, his team finished with just a 12-47 (win-loss) record, good for ninth in the West district and 19th overall in the league.

"I just want to thank the NeoPhoenix organization for the trust and support they’ve given ever since I got here. It was indeed a tough time for me last season, having to miss a lot of games and not being able to help the team as much as I want. But despite that, it was all love from the Neophoenix club and boosters; which was why it wasn’t hard for me to make this decision. I’m excited for the next coming years with this club. Go Phoenix!" wrote Ravena.

Ravena’s rookie season was beset by several health issues, starting with him getting Covid-19 in November of last year before fracturing his right index finger at the start of this year. has also dealt with knee soreness in the latter part of the season.

Nevertheless, Ravena is considered a pioneer in the Japanese league as he was the first Filipino to be signed with the Asian Player Quota, an initiative that was made to welcome players from other Asian countries into the league. (JNP)