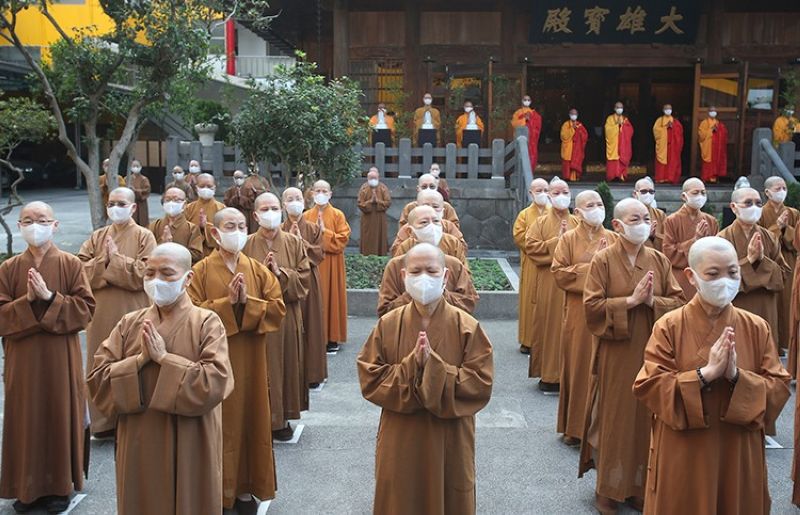 TAIWAN. Monks and nuns pray together during Buddha's Birthday celebrations at the Lin Chi Temple in Taipei, Taiwan, Sunday, May 9, 2021. (AP)

Five cases were discovered in a gaming cafe in Yilan county on Taiwan’s eastern coast. Another was found in New Taipei City, just outside the capital. None of the cases had any history of international travel.

Health authorities are doing contact tracing to determine the source of the infection.

The seventh was a person already in quarantine who had been in contact with a cluster discovered in recent weeks after pilots working for Taiwan’s China Airlines tested positive. Over 30 cases have been discovered so far.

Taiwan has been a success story throughout the pandemic, keeping deaths and cases to a minimum with strict border controls and a mandatory two-week quarantine for arrivals. It has counted 1,210 cases of Covid-19 to date, with the vast majority imported and some cases of domestic transmission. (AP)