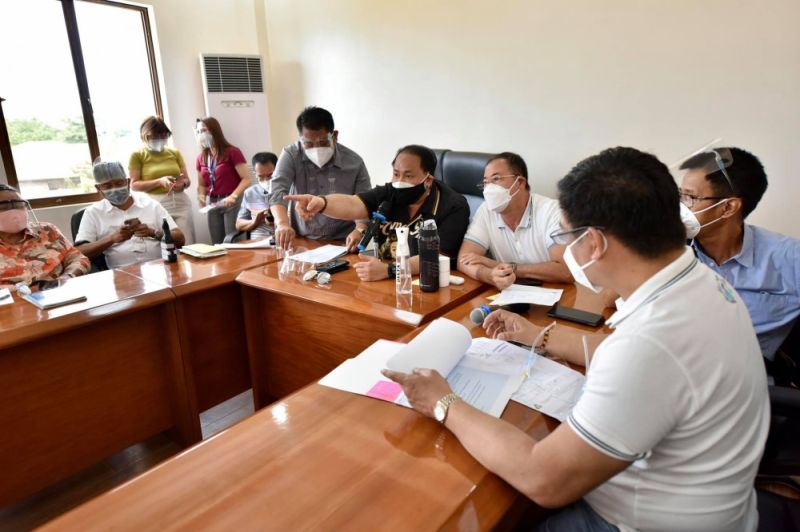 PAMPANGA Governor Dennis Pineda has ordered a technical investigation on the water system in Xevera Bacolor amid complaints of homeowners to be able to determine the cause of the reported poor quality of water there.

Xevera Bacolor has three deep well sources, according to a March 20, 2019 report of the National Water Resources Board (NWRB).

The report showed that by that time, XWSCI has not submitted its certificate of potability, including results of bacteriological, physical and chemical tests. Its meters have no NWRB seal as proof of meter accuracy. De Leon said lab results had been submitted.

In the meeting, the panel agreed to assess first Well No. 3, which is located behind the public market, by dropping a camera underground to verify the depth and design. Several residents living on streets served by this well reported getting black-colored and stinking water.

Cabrera said Xevera Bacolor hosts more than 4,000 units and around 2,200 are actually occupied. The tank of Well No. 3 collapsed in December 2019, she said in a complaint to NWRB.

De Leon said all three wells have been discharged of water in May 2020 to flush out dirt. He said the color and potability have improved, which a resident disproved during the meeting with the governor.

Pineda also urged the panel to determine the need to abandon Well No. 3 or to study the need to recommend a new water source.

He asked the XHOA and XWSCI to advise residents when Well No. 3 would be temporarily shut down for assessment so they could stock up on water. (PR)