Zack Snyder: 5 bite-sized appetizers about ‘Army of the Dead’ 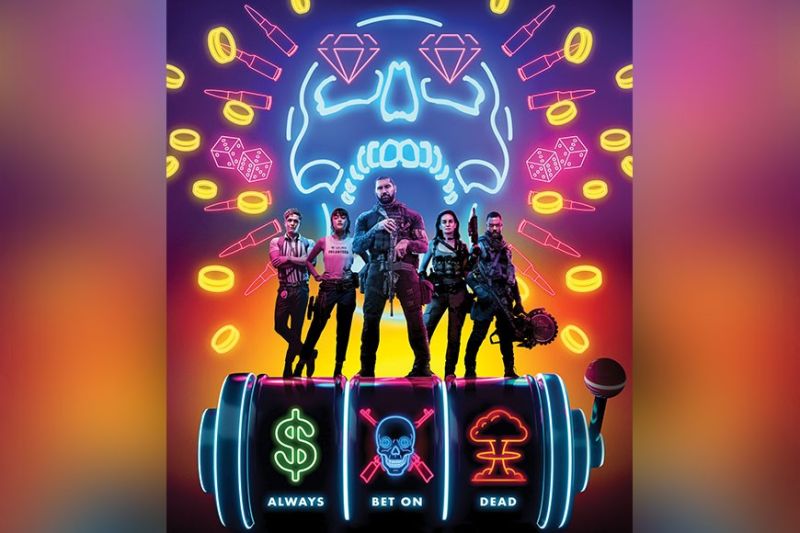 BEHIND THE SCENES. Dave Bautista (left) with director Zack Snyder on the set of “Army of the Dead.” / NETFLIX

Zombie heist action thriller film “Army of the Dead”—directed by Zack Snyder—will be making its worldwide release on Netflix this May 21.

While most casual fans know him for his work on superhero blockbusters (“Watchmen,” “Batman v Superman: Dawn of Justice”), followers of the director’s career would know that “Army of the Dead” isn’t exactly his first rodeo with zombies. In fact, his feature film debut was the remake of the 1978 horror film “Dawn of the Dead” back in 2004.

Seventeen years after, the world will be seeing Snyder’s own interpretation of the undead through “Army of the Dead.” Snyder directed and co-wrote the film, and served as the project’s DOP (Director of Photography).

“Army of the Dead” is Snyder through and through, and if the movie’s trailer serves as any indication of what to expect, it’s going to be a fun two-hour mix of action, gore, horror, suspense, drama.

Snyder spent time with members of the Asia-Pacific media in an online press conference, and shared some of his thoughts about “Army of the Dead.”

Here are five interesting things worth knowing before watching the movie on Netflix on May 21:

The film lead is played by Filipino-American Dave Bautista

“I love Dave,” Snyder shared during the conference. “Dave and I had been talking for years about trying to make movies together.” Snyder went on sharing that Bautista was a bit hesitant in the beginning.

“[Dave was] like, ‘Yeah, I don’t really want to do another action thing.’ I go, ‘Read the script.’ And after he read it, he called me and goes, like, ‘I didn’t realize that it was like this—that I had this huge emotional like, journey to go through.’”

‘Army of the Dead’ features an evolution of zombies

“The ‘I Am Legend’ zombies are pretty scary,” Snyder recalled. However, Snyder added, “I feel like, on a long enough timeline, nobody survives these guys.”

“I don’t know if they’re vampires or zombies.” Snyder shared. “I don’t know what they [are] exactly. But they’re scary, and they’re pretty strong.”

The main story revolves around a father-daughter relationship

While “Army of the Dead” will surely have viewers holding on to their seats, Snyder shared about the film’s emotional core that holds the movie together.

If viewers watch carefully and closely, “100 times over” Snyder quipped, they’d find the director operating a camera in the film. “It’s a very tricky moment. But I’m in there.”

He also shared about clues that would probably explain the zombies’ origins.

“If you look carefully at it, I think it’s one of the first two or three shots in the movie. You’ll see something in the sky,” he revealed.

Big screen experience for everyone

Putting himself in charge of the film’s cinematography, Snyder was aware that “Army of the Dead” still had to have that bombastic blockbuster feel but should be flexible enough to be appreciated from silver screens (“Army of the Dead” hits American cinemas on May 14) to mobile phones (with Netflix streaming it on May 21).

“Shooting [Army of the Dead] was this incredible, sort of, reconnection and joyous experience. This was really one of my favorite sort of cinematic processes. The process of making the film was incredibly satisfying.”

As for the takeaways?

“It depends on the viewer,” Snyder shared. The director went on saying the movie could be a fun, two-hour experience. One could also do a deep-dive on mythological representations. One could try and interpret how symbols in the film mirror today’s political climate. Another could simply be there for the heist aspect. A few could focus on the relationship between a father and his daughter.

But at the end, Snyder wants the film “bespoke to the viewer” and “that’s what I really want the movie to be.”
< Previous PageNext Page >