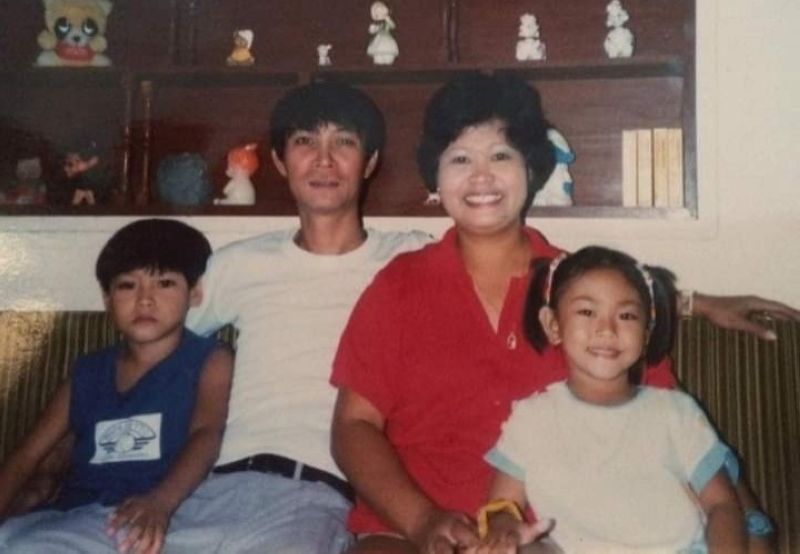 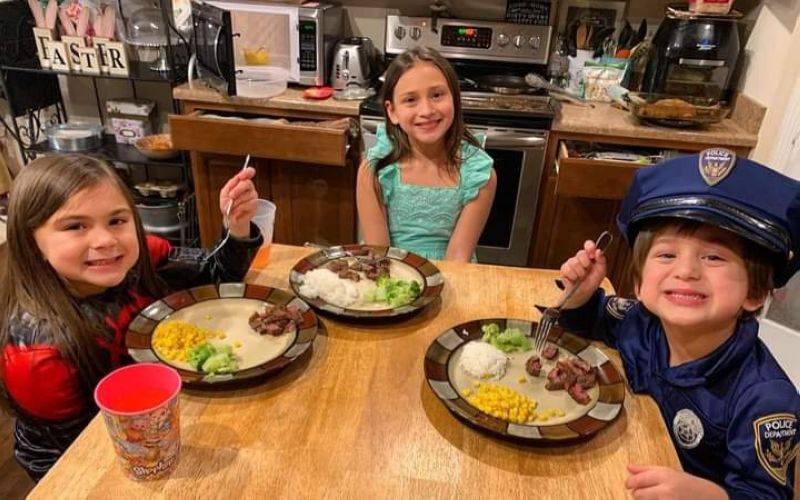 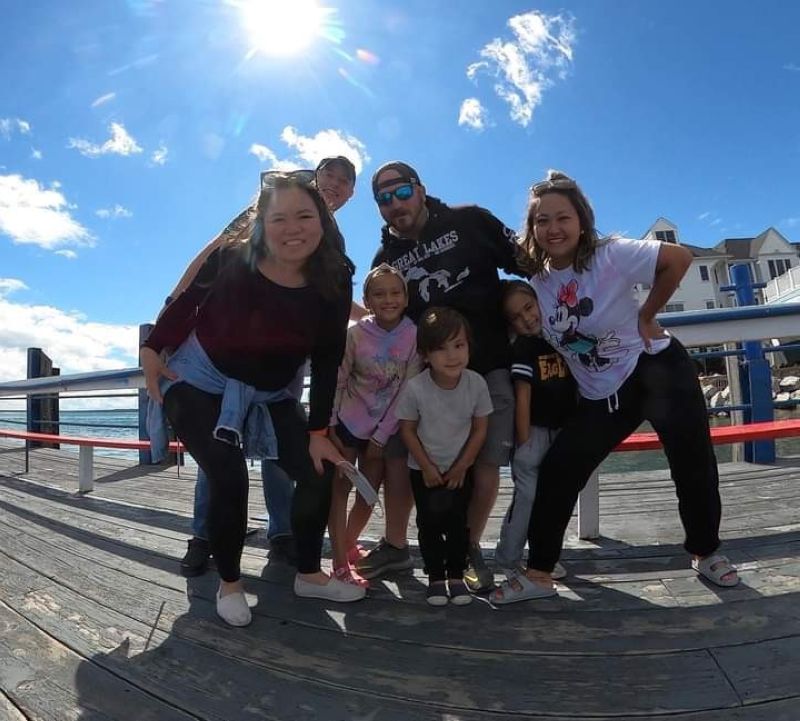 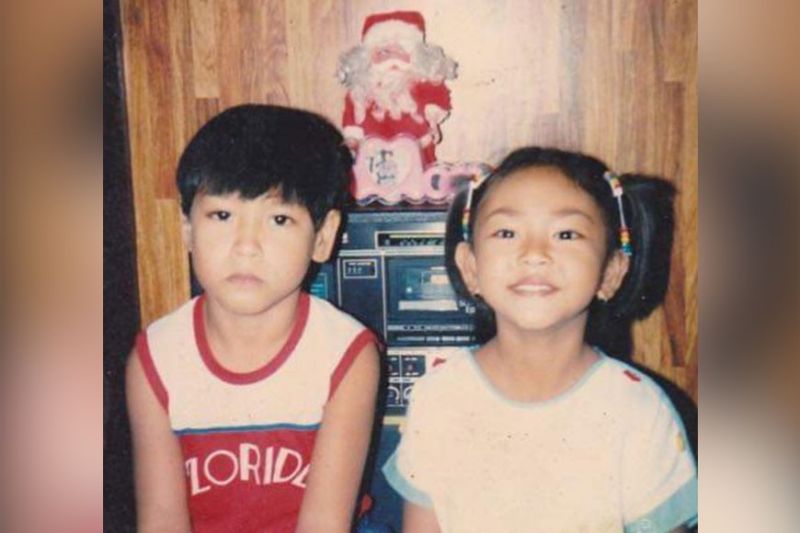 NEGROS. Rigjji and Gazelle were always together when they were kids. (Contributed photo) 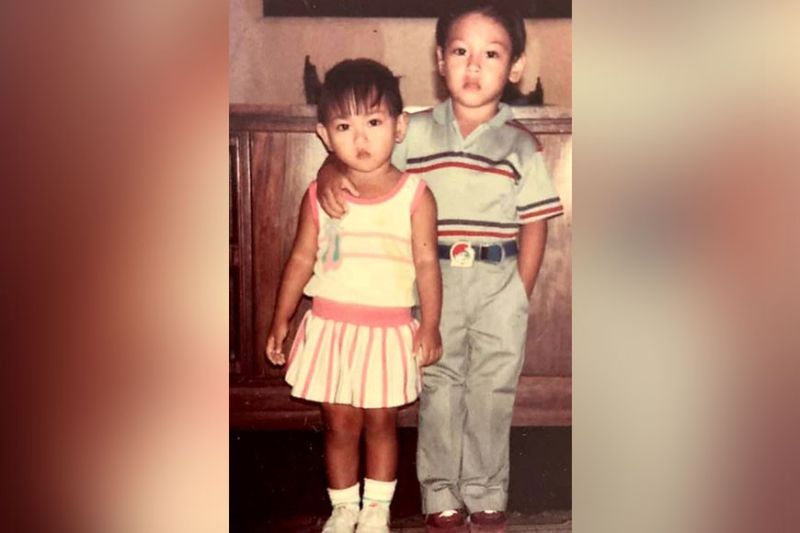 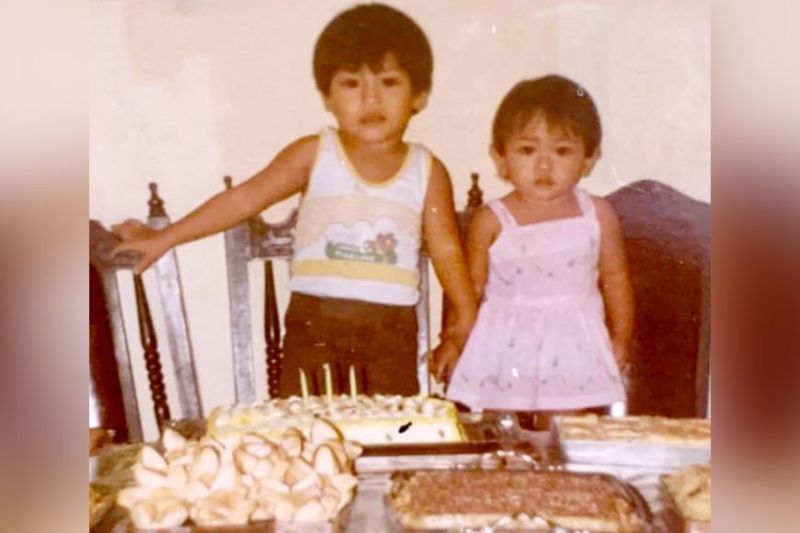 NEGROS. Celebrating the birthday of her brother Rigjji who held her hand during a picture taking. (Contributed photo) 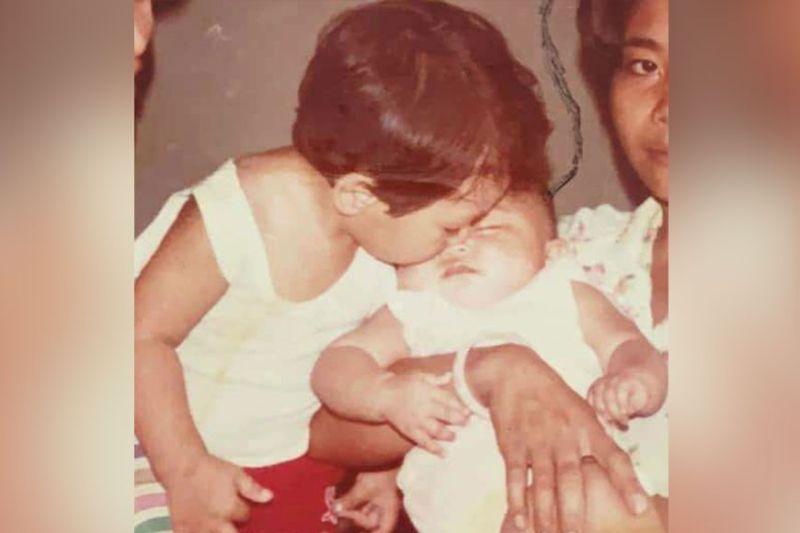 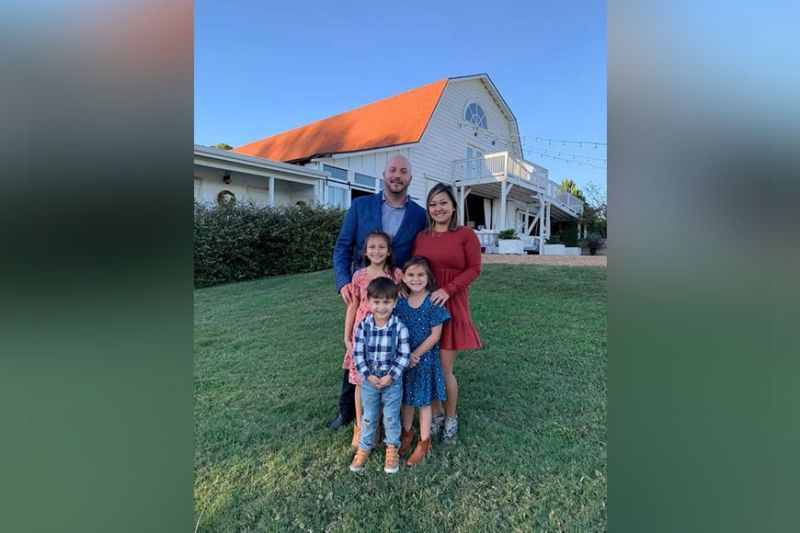 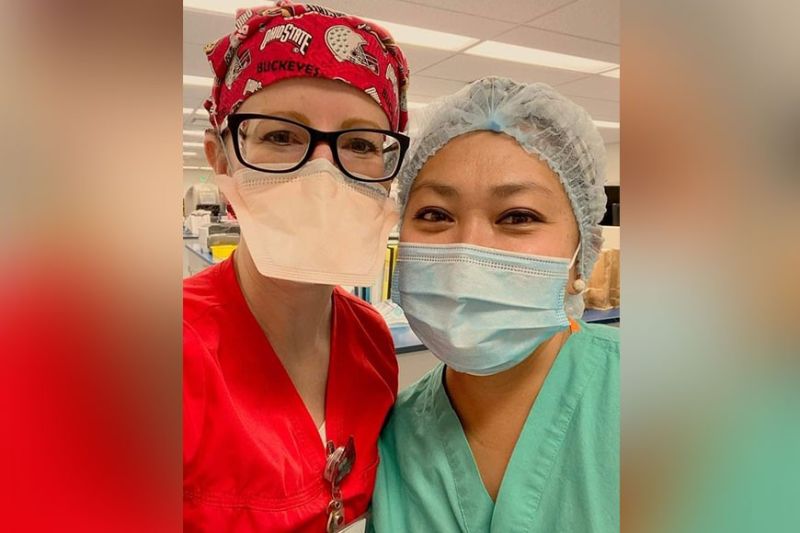 MOTHERS are indeed irreplaceable. Their role in every family is valuable. But if one mom perishes, her love and the values that she instilled among her family members will never be forgotten and in fact, will even grow fonder.

A Negrense named Gazelle C. David has her vivid recollection of her late mom, Janet Lim, when she was little with her big brother Rigjji and Daddy George, who were all enjoying their eternal life with the Lord.

During the mother's day celebration, she recalled how she put up the courage to be with her late mom in her remaining days on earth when her mother suffered from leukemia.

"I was 15 years old, my mom had been sick for quite some time. I was with her the day her legs just randomly gave out from under her. She had just received her Master's in Education and we were at her school to pick up her thesis book when she fell. They said they were blood clots. Over the next few months, she stayed in the best hospitals in the Philippines and had multiple surgeries to remove them but she never got better. She was finally diagnosed with leukemia," she shared.

They got to Ohio because her aunt had been talking to one of the doctors at Akron General where her mom was accepted as a patient.

The average travel time from the Philippines to the US could take two days in those times, taking into account the flying time, layovers, and time change.

"My mom was so tired from traveling and just from being sick in general. But she was so happy to receive treatment in the US, hoping that this will bring her to complete healing. I was hoping and expecting the same thing too. I remembered having only about a week’s worth of clothes in my luggage and thinking that as soon as she gets admitted, she would get better and we would get to go home together. My mom started her chemotherapy, seizing every opportunity to get better, knowing that she only had about a 20 percent survival rate. She took the risk because that was the kind of woman she was. She wanted to do it for us. We were all hopeful. My dad and brother who had stayed behind were hopeful as well."

But on August 20, 1997, just 18 days after they arrived in the US, she watched her mom take her last breath, as they took off the life support system.

"Not a single day goes by that I do not think of my mother. It hurts that she was not there for all the ‘firsts’ in my life and for all the good and the bad that has happened in the last 23 years. I miss her so much and it hurts. She was seriously the best. She was always taking care of us and everyone else around her before she tended to her own needs. She even gave my aunt, her sister, the ultimate gift -- a chance to enjoy the gift of motherhood. You see, my mom has been to the US before when she was pregnant with our baby brother. My aunt and uncle adopted him but always made sure he knew everything. How I wish my mom was still here so I could celebrate her on mother’s day every year."

Luckily, her aunt took over her role and adopted Gazelle after her mom passed away. Her aunt has been equally, the best mother anyone could ask for. Then, she gained another mother when she got married to her husband Justin whom they were blessed with three adorable kids.

"I guess it's true what they say, things happen for a reason, and that some of these unfortunate events are a blessing in disguise. I may have lost my mom but I gained two more. I have also lost my father and my older brother but I was reunited with my younger one and have been blessed with an uncle turned dad who has helped raise me. I wouldn’t have met my husband and had three beautiful children if I didn’t come here. Now and then, I wish things were different but I can’t help but feel blessed at the same time that I am here with a good life, surrounded by a wonderful family, extended family, my husband’s family, and friends that love me. And I know that until the day I die my mom, dad, and brother will always watch over me."

Happy mother’s day to my mom in heaven.