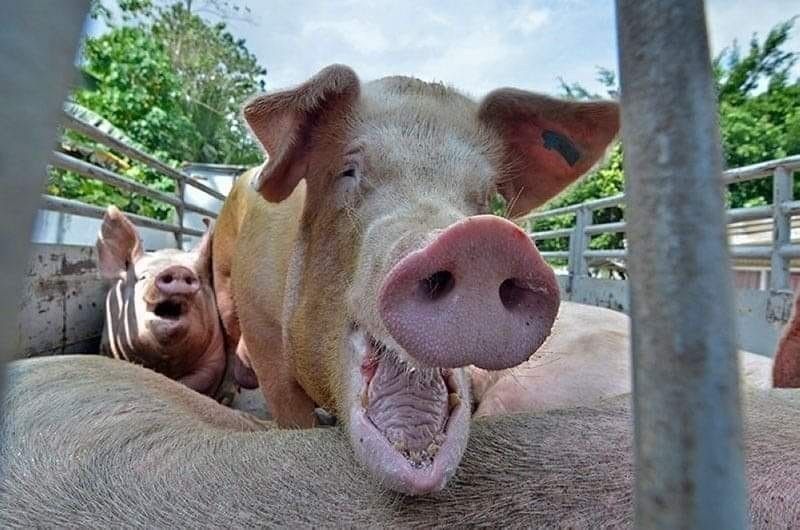 NEGROS. Negros Occidental pushes for production of more disease-free hogs in the province amid the state of calamity declaration due to the ASF outbreak in the country. (File photo)

THE Provincial Government of Negros Occidental has assured that the province will continue to produce more hogs amid the declaration of a state of calamity in the country due to the African Swine Fever (ASF) outbreak.

Provincial Veterinarian Renante Decena said Tuesday, May 11, that the province aims to produce more ASF-free pigs not only to ensure steady supply and price of pork locally but also to help other provinces hardly hit by the dreaded disease affecting swine.

Decena said Negros Occidental, being a “green zone” or ASF-free province, is one of the most trusted and major suppliers of pigs for slaughter in Luzon.

In fact, it expanded its market for hogs to Luzon.

The province has been supplying fattened hogs to Luzon through a port in Manila, but recently, the shipment was made directly through Batangas catering to markets in the Provinces of Batangas, Cavite, and Laguna.

“We currently produce an average of 75,000 heads of market hogs per month with a monthly consumption of only 55,000 to 60,000 heads so we have a surplus of at least 10,000 heads,” he said, adding that the province remains capable of supplying hogs to other areas in the country.

President Rodrigo Duterte has placed the entire country under a state of calamity for one year due to the ASF outbreak, allowing the government to tap its quick response fund.

The country has lost around three million hogs, translating to losses of more than P100 billion for the local hog sector and allied industries, and an increase in prices of pork products.

The proclamation cited an urgent need to address the continued spread of ASF and its adverse impact to jumpstart rehabilitation of the hog industry and ensure the availability, adequacy, and affordability of pork in the market.

“All government agencies and LGUs (local government units) are enjoined to render full assistance to and cooperation with each other, and mobilize the necessary resources to undertake critical, urgent and appropriate measures in a timely manner to curtail the further spread of ASF, address the supply deficit in pork products, reduce retail prices, and jumpstart the rehabilitation of the local hog industry,” the proclamation stated.

The Armed Forces of the Philippines is also directed to support law enforcement agencies in ensuring peace and order in affected areas.

For Decena, Duterte through the state of calamity declaration, mobilizes both the national agencies and local government units to curtail the ASF outbreak, minimize government losses, and bring down pork prices.

The provincial veterinarian pointed out that there must be a rehabilitation of the industry at the local level through LGU-initiated programs like restocking and repopulation.

In Negros Occidental, the Provincial Government already distributed 1,500 piglets and 200 gilts to raisers in different localities since last year as part of its restocking and repopulation measure.

“We sympathize with those LGUs in 12 regions affected by the ASF outbreak, but we also urge them to follow our local initiatives especially those aimed at ensuring the stable supply of pork and its price,” he said.

Aside from restocking and repopulation initiatives, Decena was referring to the early passage of the ASF prevention ordinance.

It can be recalled that as early as 2019, the province has been banning the entry of pork and pork products coming from areas in Luzon and Mindanao with confirmed ASF cases.

The prohibition was provided under Provincial Ordinance 2019-024 or the ASF Prevention Ordinance of Negros Occidental.

Following the confirmation of the Department of Agriculture (DA) of an ASF case in Leyte in January this year, Negros Occidental also imposed a ban on live pigs and pork coming from Eastern Samar.

Governor Eugenio Jose Lacson, in a memorandum order, said the ban also covers boar semen, pork products and other pork-related food items from the nearby Eastern Visayas, including the provinces of Leyte, Biliran, Samar, Eastern Samar, and Northern Samar.

Under the Provincial ASF Prevention Ordinance, other areas may be covered once affected by ASF.

The Provincial ASF Task Force was also created to ensure the implementation of measures in order to safeguard the P6-billion swine industry of the province.