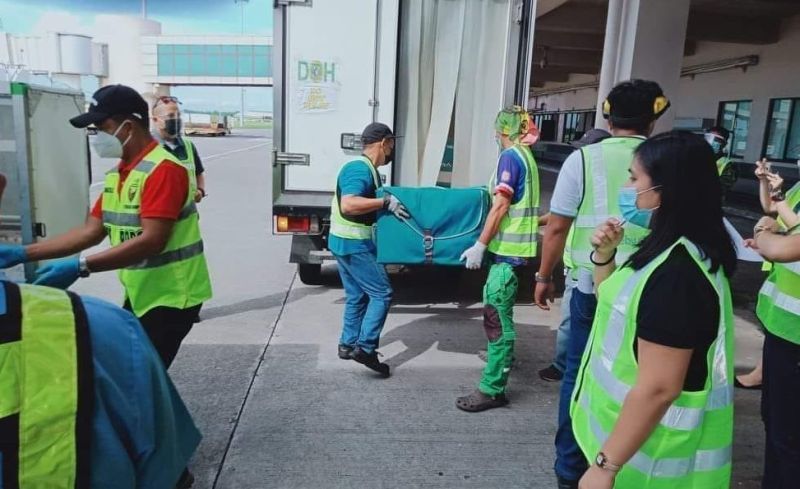 THE Provincial Government of Negros Occidental and the City Government of Bacolod received their additional AstraZeneca Covid-19 vaccines Tuesday morning, May 11, 2021.

The vaccines are part of the two million shipment received by the country on Saturday, May 8, from the Covax facility.

The shipment arrived at 8:32 a.m. via a Cebu Pacific flight from Manila.

"We received a bulk supply of vaccines from the National Government," Diaz said.

Diaz added that the AstraZeneca vaccines will be used for Negrenses aged 55 and up.

He said they cannot use the AstraZeneca vaccines yet on people aged 18 to 55, as they have not yet been cleared if it is safe for use at that particular age group.

"Until we get the clearance, the AstraZeneca vaccines will be used for those who are 55 years old and above only," Diaz pointed out.

As to the situation of the province's Covid-19 vaccination program, Diaz said Negros Occidental is not lagging behind in the program and they are currently on track, as they are now inoculating those under the A1 to A2 category.

Diaz said those who have already registered with the Provincial Government for vaccination should now be prepared as they could receive word of their turn within the next few days.

"We have no problems with the vaccination plan, [except] for the supply of vaccines," he added.

The vaccines were immediately brought to the cold facility of the city at the Bacolod Government Center.

As of May 10, the Emergency Operations Center (EOC) and Covid-19 Vaccination Council (CoVaC) have administered a total of 13,659 doses of vaccines to Bacolod recipients.

In his letter dated May 5, 2021 addressed to Secretary Carlito Galvez Jr., chief implementer of the National Task Force for Covid-19, Leonardia said: "We most respectfully request for an increase in our allocation of vaccines from the national government, as we are being hit hard by this new wave of Covid-19 infections."

"Ramping up our vaccination program will be critical to saving lives and restoring economic activity in our city," he said.

Aside from AstraZeneca vaccines, the City Government is also expecting an additional 3,000 doses of Sinovac vaccines from the National Government.

Dr. Chris Sorongon, deputy for medical data and analysis of EOC, earlier said the additional vaccines are expected to be delivered this week and this will be used for the priority groups in the city like the healthcare workers, senior citizens, and persons with comorbidities.