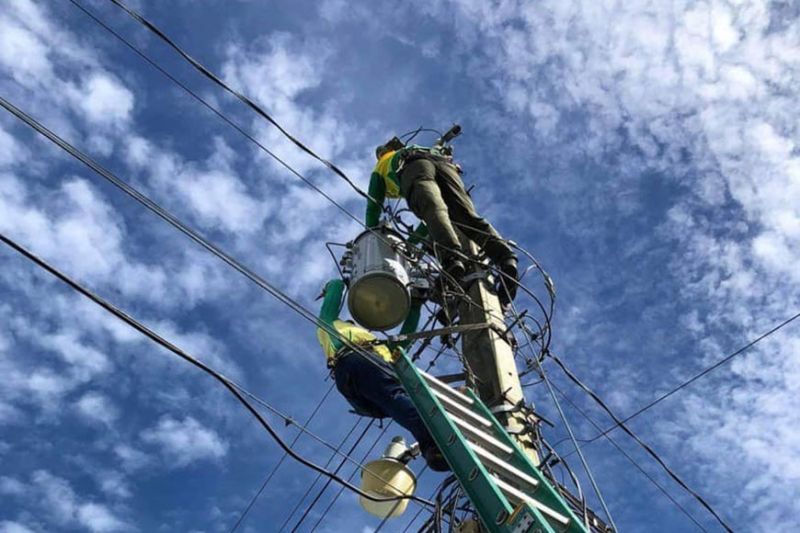 Wennie Sancho, secretary general of Power Watch Negros, said the proposed one-year extension will surely result in "overcontracting," wherein the huge trading losses will be charged as rate spikes to the unsuspecting consumers.

Sancho said consumers will again pay for the power supply they did not use.

"We are still paying the P232 million unnominated and unaccepted contract quantity which are merely a euphemism to justify overcontracting," he added.

In a letter to Ceneco dated May 7, 2021, which was obtained by Power Watch Negros, KSPC president and chief executive officer Jong Ryoon Yoon said their "cooperation period" with the power distribution utility is set to expire on May 30, 2021.

The letter stated that "in reference to our power sales contract dated May 17, 2019, as amended, Article 16.1 of the PSC, provides that the contract shall terminate on the scheduled termination date unless otherwise renewed by mutual agreement of the parties in writing."

Yoon recalled that KSPC emerged as the "lowest calculated and responsive bidder" in the recently held bid opening for the 20-megawatt (MW) power requirement for 10 years of Ceneco.

He said that currently, the Third Party Bids and Awards Committee has yet to conclude the post-qualification proceedings.

Thus, the power delivery schedule set for May 26, 2021 by the winning bidder would most likely be moved to a later and more practicable date considering the process between post-qualification until the implementation of the PSC, Yoon said.

He added that "in this light, KSPC would like to propose for the extension of our existing power sales contract for a period of not more than 12 months."

The KSPC official noted that the one-year extension shall be under the same terms and conditions of their existing power sales contract.

"This will be beneficial to Ceneco and its member-consumers not only through stable and reliable power supply but to be freed from the risk of full Wholesale Electricity Spot Market (Wesm) exposure and volatility," he added.

On May 10, Sancho sent a letter to Carbon manifesting their vehement opposition to the extension proposal of the coal-fired power plant based in Naga, Cebu.

Sancho said the extension will not result in reduction of power rate as promised by the Ceneco Board and management, and that there is already a consummated competitive selection process (CSP) that resulted in a cheaper rate.

"We will be compelled to file administrative, civil and criminal charges if you will push through with the extension despite our opposition," he wrote.

Ceneco caters to the largest number of electric consumers in Negros Occidental, including those in cities of Bacolod, Bago, Talisay and Silay, and towns of Murcia and Salvador Benedicto.

Power Watch Negros alleged that the overcontracting of power supply already happened in 2011 when a respondent, a member of Ceneco Board, also signed the 24-MW supplemental contract with KSPC.

The consumer group claimed that the director purportedly made it appear that the KSPC supplemental contract was an intermediate contract.

However, when the management saw the contract's fine prints, it appeared to be a base "load factored" amendment to an existing 40 MW contract, thus causing an overcontracted event, it added.

Its secretary general said they shall be watching with the consumers to stop the proposed extension to prevent overcontracting.

Sancho said they would also like to inform the cooperative about the 16-MW reduction in the power utilization of contestable consumers and about five MW from net-metered consumers with a total of 21-MW reduction.

"Why the need for more power? It would seem to appear that overcontracting is making a comeback and history will repeat itself," he said, adding that "power consumers have short memories."

For his part, Pondevilla told SunStar Bacolod that "no extension was ever approved by the Board so far."

Pondevilla said there will be no meeting with the officials of KSPC to discuss the latter's proposal for a one year contract extension.

"I will just make a reply," the Ceneco official said, adding that he will provide a copy of the reply once it's made.