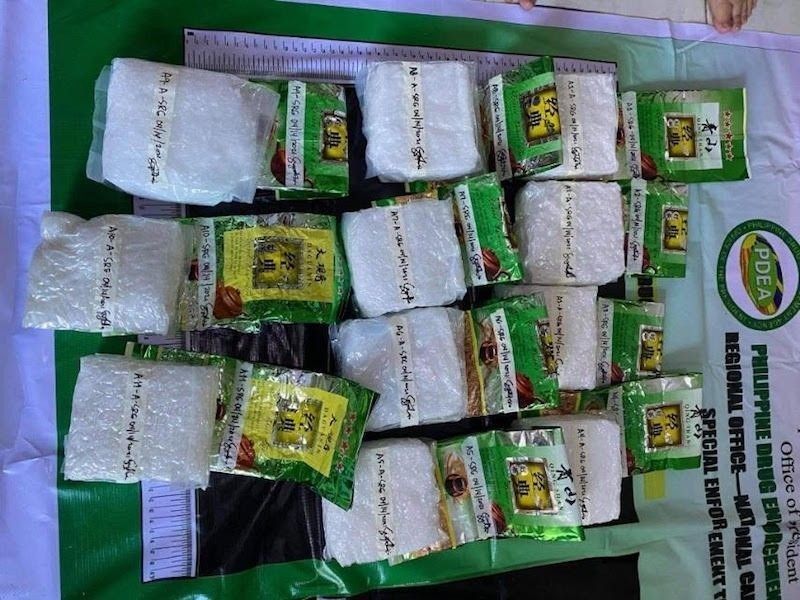 ALMOST P266 million worth of illegal drugs were confiscated by law enforcers in the past 10 days, Department of the Interior and Local Government Secretary Eduardo Año said on Monday, May 10, 2021.

In his report to President Rodrigo Duterte, Año said 29,981.1 kilograms of methamphetamine hydrochloride (shabu) and 516.9 kilograms of marijuana with an estimated total value of P265,904,094 were seized during 1,121 anti-narcotics operations conducted by the Philippine National Police (PNP) and Philippine Drug Enforcement Agency (PDEA) from May 1 to 9.

Año also said 1,543 drug users and peddlers were arrested, 19 were killed during the operations, and 38 surrendered.

PNP Chief Guillermo Eleazar said they will beef up coordination with the Barangay Anti-Drug Abuse Councils, which are primarily in charge of the conduct of house-to-house visits to entice drug users or pushers to mend their ways as mandated in the Dangerous Drug Board Resolution No. 3 series of 2017.

Eleazar said policemen may only serve as support during house visitation.

Eleazar said the campaign against illegal drugs will be measured not by how many kilograms of illegal drugs were seized, nor by the number of drug suspects arrested or killed during drug operations, but by the communities and the barangays that have been cleared from it.

As of March 31, the government said 21,471 have been cleared from illegal drugs.

From July 2016 to March 31, the PDEA and PNP along with other law enforcement agencies have conducted 196,610 anti-illegal drugs operations, which resulted in the arrest of 283,837 drug suspects and death of 6,089. (SunStar Philippines)