EXPLAINER: Cebu City Council has made some strides on checks and balance, oversight job. Can do better. 7 points. 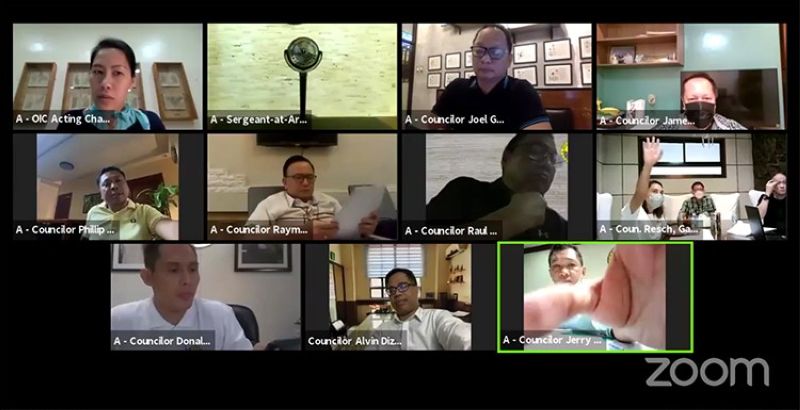 SINCE Vice Mayor Michael Rama, Cebu City Sanggunian presiding officer, vowed in last quarter of 2020 to have the local legislature cease being a "rubber stamp" to the mayor and instead would "check and balance" the executive department, there have been a number of improvements.

More noticeably, the City Council held a series of public hearings on the 2021 general budget and kept pushing for a mayor's report on spending of P3.5 billion lump sum appropriations categorized as "anti-Covid response." (It succeeded in the first, got sidetracked in the second.)

Through its Citizens Hour and Councilors Hour, the councilors have called attention to services where executive action is seen as absent or delayed.

[1] GETTING THE FACTS. Consultations with department officials, local or national, will clarify during Sanggunian session the murky points in an incident or issue. Basic facts though may be sought in advance by inquiry in e-mail, phone or other form of messaging.

Councilors perform better with help from fact-gatherers and fact-checkers, in one's staff or as pooled resource of the City Council. And reading and studying reports, as well as reconciling differences, before the session will cut time on the basic facts and spend it on contentious parts of the "bill." Even the presiding officer needs a grasp of the basics in an issue or incident to steer discussion.

[2] CONFRONTING BIDDER OR SUPPLIER. The average councilor is no match to the bidder of a government project or supplier of a major public service, especially when it involves complex matters. The facts obtained before public consultation or hearing will help but presenting or using them requires expertise. Would rules allow them to use an expert to present their side, as practiced in some public hearings of the US Congress?

The Carbon Market joint venture fiasco was an example. No councilor was ready to plumb the depths of a 75-page joint venture contract and confront the bidder on its alleged flaws. They didn't even know, until after the JVA was signed, where the markets would be built. They confronted Megawide experts about the economic benefits from the deal but realized only later that the city was being short-changed, or so they thought. On Veco rates, they initially wanted to condemn the increase without getting the basic facts, such as why the electricity firm was allegedly buying from sister firms and to what extent and what the regulator ERC had gathered.

[3] PUTTING THE 'BILL' IN SHAPE. Problems of a proposed ordinance or resolution can be threshed out with the movant/author while being tackled on the committee level. Inconsistencies and impediments can be resolved before it is discussed on the floor.

Style mostly concerns with grammar and syntax. Who reviews practicality and wisdom? Documents left out from the committee report may disable review of materials that don't jibe. Motions not re-stated may be rushed to gavel-banging approval, with the secretary burdened to make sense of or decipher it.

[4] FIRMING UP OVERSIGHT FUNCTIONS. More important to the public than oversight within the Sanggunian is oversight outside it: in other departments or offices where public money it has appropriated is spent well, according to its purpose.

It tried its oversight function on the issue of Covid spending. It has prodded the executive department to implement its ordinances and resolutions. A food bank created by the City Council remains unimplemented. Other measures proposed to help contain the health crisis are allegedly un-acted upon. One councilor or another would lament, "Unsa man ta ani? We keep passing ordinances that are not acted upon."

[5] POLICY ON LEGISLATORS DOING EXECUTIVE DUTIES. A councilor doing executive functions, either by virtue of an ordinance or the mayor's grace, needs to inform the City Council on executive policy that may conflict with existing or pending ordinances.

[6] WHY NOT BISAYA-ENGLISH? The official languages in government, as medium of communication and instruction, are English and Filipino. During sessions though, councilors use Cebuano-Bisaya to mix with English, with no one chided, let alone punished. City Council members, the public must recall, are not elected for their spoken English but for their brand of service and politics.

Why not use Bisaya mostly, with the foreign language reserved for parts of the comment or speech that are understood more quickly in English?

[7] BIGGER, WIDER PUBLIC DESERVES BETTER. Its live-streaming is beset with distractive and annoying glitches on sound, image, and other aspects of technical and creative control. The Sanggunian needs to spend more money on equipment and expertise about broadcasting. It also has to educate councilors on use of the Zoom and their conduct while on camera.

The public outside City Hall deserve user-friendly broadcast and more audience-considerate content, such as clearly identifying present and absent members, using chyron on resource persons and other speakers, describing proposed legislation (not just ticking off agenda numbers and sections), or spelling out offices and entities, not just mentioning acronyms familiar to those in City Hall but Greek to the public. Background graphic that clarifies the topic discussed will be useful. Its current audio-visual presentations are not consistent on clearness.

The City Council production may get there yet.