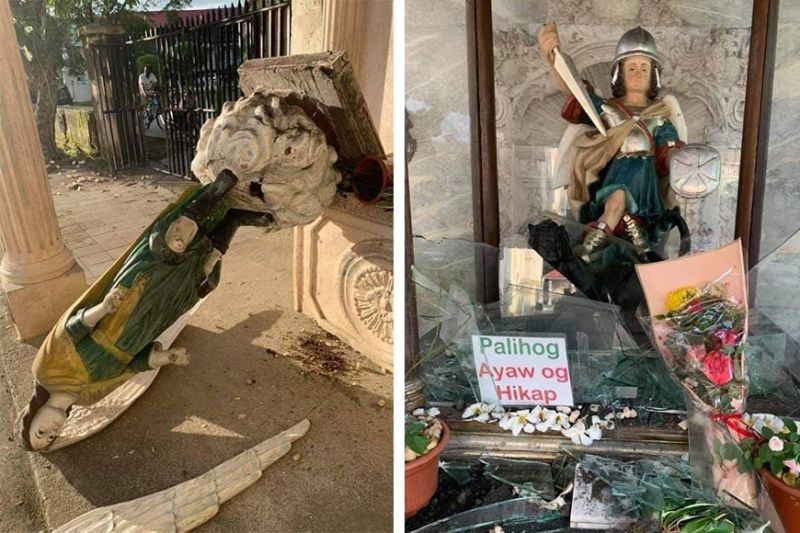 A MAN who was reportedly mentally unstable damaged two religious icons in front of a church in Argao town, Cebu.

Archangel, at the Archdiocesan Shrine and Parish of St. Michael the Archangel.

The police later arrested the man, who is 40 and a resident of Barangay Poblacion, Argao.

The man was brought to the Vicente Sotto Memorial Medical Center for psychiatric treatment.

In an interview, Msgr. Joseph Tan, spokesperson of the Archdiocese of Cebu, said the administrators of the parish have no plans to file charges against the man, considering his unstable condition.

Tan added that the man’s family is planning to arrange a settlement with the parish’s Pastoral Council to pay for the damage. (Jude Suhot with JKV)