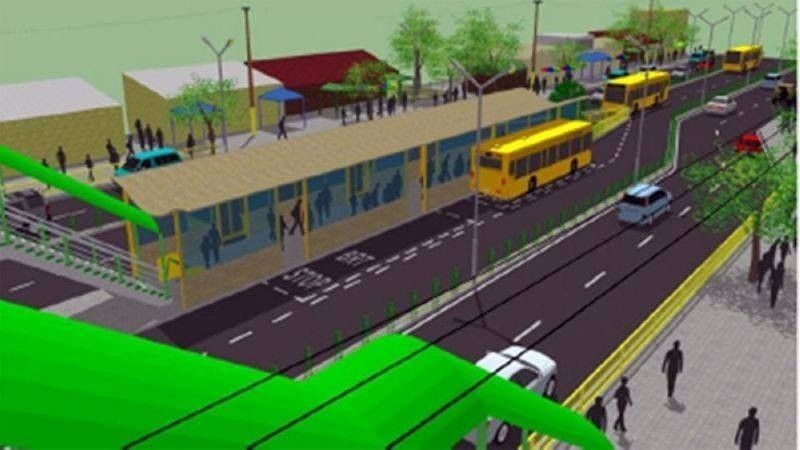 CEBU City Councilor James Anthony Cuenco, committee on transportation chairman, is doubtful that the Bus Rapid Transit (BRT) project will be partially operational by the end of the year.

The proponent of the BRT project targeted to initially roll out the first phase of the project by December 2021.

But Cuenco said with all the processes the BRT project still has to go through, he doubts that the target will be met.

“Di na lang gyud ko mo-expect ani nga mahuman ni og December (I will not expect that this will be finished by December),” said Cuenco in an interview on May 12, 2021.

The first phase of the BRT project will cover 2.6 kilometers to three kilometers of a dedicated bus lane from the Cebu South Bus Terminal (CSBT) on N. Bacalso Ave. to the Cebu Provincial Capitol on Osmeña Blvd.

In his meeting with some representatives of the BRT project, Cuenco learned there are still processes that the Department of Transportation (DOTr) targets to finish within the month of May.

According to Cuenco, the technical service consultant is working on the National Economic and Development Authority’s (Neda) updated implementation plan, including the phase’s cost and scope, which is targeted to be completed this May.

Cuenco said the other process concerns the Department of Budget and Management—the funds cannot be released yet as it needs the approval of the Neda.

He said another concern is on the qualified bidders that are still being evaluated.

The evaluation is targeted to be completed and the project awarded to the winning bidder within the month.

Cuenco said the BRT proponent has a lot of targets this May that were not met yet.

In an interview last January, Cuenco said he was told that the civil works for the first phase of the BRT was supposed to start in April.

Though DOTr Secretary Arthur Tugade ordered the DOTr engineers to fast-track and finish the first phase by December this year, Cuenco said it may not be feasible with all the works the DOTr still has to process.

Cuenco said the delay of the BRT rollout is “disappointing,” considering it has been years since the project was given the green light.

The councilor asked the BRT proponent to be transparent about the project’s real status.

“Yes, I told them that they should be transparent because if they cannot do it, if it’s really physically impossible, then just tell the people what is its status,” said Cuenco.

Cebu City Mayor Edgardo Labella, for his part, is confident that the DOTr can deliver on its target.

“We have (a) continuous dialogue with them and they assured us that it will go as planned,” said Labella.

The BRT project, which has a total budget of P17 billion, will extend to Talisay City, including the length of feeder lines.

Its Phase 2 will run from Bulacao, Talisay to Talamban, Cebu City and is expected to be completed by March 2022.

The BRT is part of the planned Integrated Intermodal Transportation System (IITS) in Cebu. The IITS, initiated by the DOTr, targets the integration of the BRT, monorail system and a cable car system. (JJL)