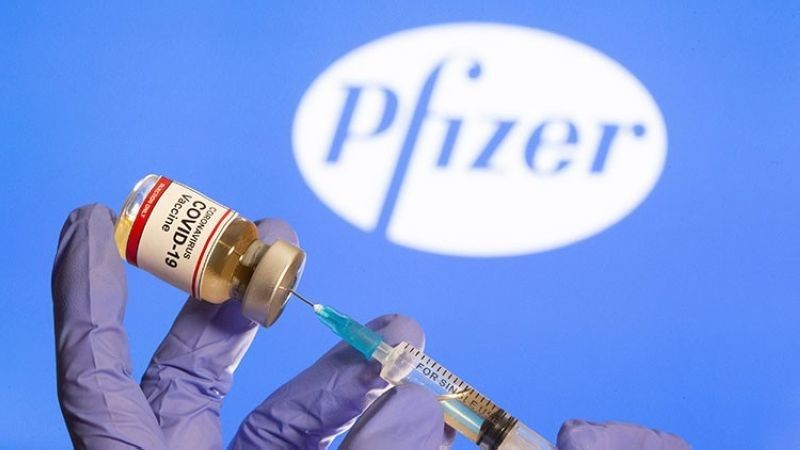 THE Department of Health in Central Visayas (DOH 7) has yet to iron out supply chain arrangements prior to the distribution of the 29,250 doses of the Pfizer-BioNTech vaccine delivered to the region on Tuesday morning, May 11, 2021.

Cebu City Health Department (CHD) officer-in-charge Jeffrey Ibones said a meeting has been set for Friday, May 14, to finalize allocations.

Dr. Mary Jean Loreche, DOH 7 spokesperson, said in a virtual briefing on Wednesday, May 12, that they have not determined the allocations for each local government unit (LGU).

Earlier, she said the vaccine will go to the three highly urbanized cities of Cebu, Mandaue and Lapu-Lapu, which have the capability to store the vaccine at ultra-low temperature.

Secondly, Loreche said they have yet to determine whether all 29,250 doses would be administered as first dose or half would be set aside for the second dose.

The Pfizer vaccine, which was developed based on the messenger RNA technology, is administered in two doses 21 days apart.

Thirdly, Loreche said the master list of recipients and substitution list has to be ready before the vaccine is taken out of the ultra-low cold storage facility.

Unopened vials of the vaccine may be stored for up to 30 days in the Pfizer thermal shipper with a temperature of -80 to -70 degrees Celsius.

From the Pfizer thermal shipper, the unopened vaccine may be transferred to freezers with temperature of -25 to -15 degrees Celsius for up to two weeks.

These may also be transferred to the more common 2 to 8 degrees Celsius storage conditions, but only for five days.

Once thawed, a vial cannot be re-frozen or stored under frozen condition.

Once diluted with 0.9 percent sodium chloride/saline solution, the vaccine has to be administered within five hours. A vial is good for six doses.

“It means we need to have the capacity to store it and we have the ready master list and the substitution list as one vial will be good for six vaccinees,” she said.

Ibones said logistics would not be a problem since the cold storage facility of DOH 7 is also in Cebu City. An option is to outsource the supply chain services, he added.

“We don’t have a problem on that (storage) since the DOH office, the storage, is very near. We don’t have to worry about that,” said Ibones in Cebuano.

In their preliminary meeting on Wednesday, Ibones said the DOH 7 mentioned that inoculation using the Pfizer vaccines will be done at the Vicente Sotto Memorial Medical Center for the government campaign and Chong Hua Hospital for the Project Balik Buhay (PBB) initiative.

Ibones said he was not certain whether the Pfizer vaccine would be distributed to the vaccination sites in Cebu City.

He said, however, that the DOH 7 is set to deliver around 20,000 doses of AstraZeneca vaccine to Cebu City. Half will be set aside for the second dose.

Ibones hoped the additional supply will arrive over the weekend so the City can resume giving the first dose by next week.

The City suspended vaccination of first dose recipients again after using up more than 9,000 doses of Sinovac vaccine in just a week.

Since Monday, May 10, the City has been accommodating only those who are due to receive their second dose.

The Mandaue City Vaccine Board received 700 doses of the AstraZeneca vaccine on Tuesday.

Ernie Manatad, chairman of the Vaccine Board, said in a text message that City Health Office head Dr. Dominga Obenza gave instructions to administer all 700 doses to the healthcare workers who received the first dose of the same brand.

Manatad also said Mandaue City is prepared to receive the Pfizer-BioNTech vaccine as they have identified a cold chain facility with the required storage temperature.

He said, however, that he was still waiting for advice on the allocation for Mandaue City.

As of Wednesday, Manatad said they had more than 30 doses of Sinovac that will be administered on Friday as second dose to healthcare workers and as first dose to senior citizens whose inoculation was deferred after they failed the screening.

Manatad admitted that Mandaue City has yet to expand inoculations to the A3 group since they have yet to inoculate 90 percent of the senior citizens.

Under the PBB vaccination campaign for private sector employees and business owners, inoculations are seen to accelerate with the setting up of three more hospital-based vaccination sites.

These brought to six the number of hospital-based vaccination sites for the private sector in Cebu, including those at the Cebu Doctors’ University Hospital in Cebu City, Chong Hua Hospital in Mandaue City, and Allegiant Regional Care Hospital in Lapu-Lapu City.

Loreche said the additional sites were opened in anticipation of the arrival of additional vaccines and the inclusion of other priority subgroups in vaccination program.

“We want to be prepared because we know that first, our allocation will be based on the masterlisting (of local government units) and second, we are dependent on the supplies of the vaccine that are also allocated to us. But the assurance is we will be given the vaccines accordingly,” she added.

At present, those eligible to receive the vaccine are Priority Groups A1 (health workers), A2 (senior citizens) and A3 (persons with comorbidities).

Under PBB, more than 10,000 individuals from 861 companies and organizations have received their first dose. Inoculations were done in three batches, with the master list of recipients cleared by the DOH 7 and the LGUs. (WBS / JJL / KFD / JOB)
< Previous PageNext Page >