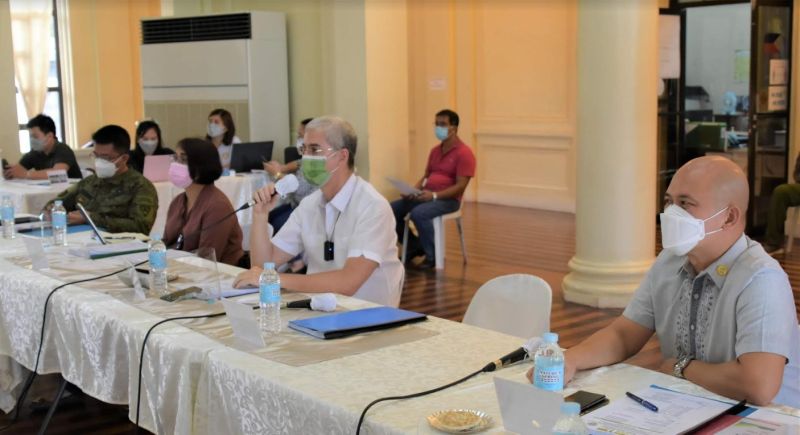 THE P500 million worth of infrastructure projects for 25 insurgency-cleared barangays of seven local government units in Negros Occidental have already been downloaded and ready for disposal, Governor Eugenio Jose Lacson said on Wednesday, May 12, 2021.

Each of the insurgency-cleared barangay is receiving P20 million under the Support to Barangay Development Program (BDP) of the National Task Force to End Local Communist Armed Conflict (NTF-Elcac), Lacson said.

Lacson advised local chief executives of towns and cities, whose barangays are BDP recipients, to coordinate with Provincial Engineer Ernie Mapa, who will help them in the program of works.

Fourteen of the 25 insurgency-cleared barangays are located in Escalante City, five in San Carlos City, two in Victorias City, and one each in EB Magalona, Himamaylan City, Manapla and Cadiz City, according to a report of the Department of Interior and Local Government.

The Provincial Peace and Order Council (PPOC) of Negros Occidental chaired by Lacson Wednesday unanimously approved a resolution supporting the sustainability of the NTF-Elcac funds in the wake of a move by some lawmakers to reallocate the P19-billion BDP funds amid the red-tagging issue.

“We will only monitor the implementation of the projects,” Pasaporte said.

He also said barangays declared as insurgency-free last year and next year will also receive similar infrastructure projects under NTF-Elcac.

Escalante City Mayor Melecio Yap, in his issued manifesto of support, said the programs implemented under NTF-Elcac have brought about life-changing opportunities to former rebels as they reintegrate into society.

The Escalantehanons, being peace-loving people, commended the efforts made by the NTF-Elcac in the anti-insurgency campaign and its programs such as the BDP, which will pave the way for the construction of roads, water systems and facilities to cater to the needs of the people, Yap said.

Having initiated the Peace Summit, which hosted the biggest surrender of former rebels and New People's Army members, Yap said Escalante is not new to insurgency and violence in the past.

"We do not want to experience that again," he said.

"The move to defund the NTF-Elcac will not only put a halt to already successful proactive programs but will ultimately hamper government efforts to put an end to communism and insurgency," Yap added. (TDE)