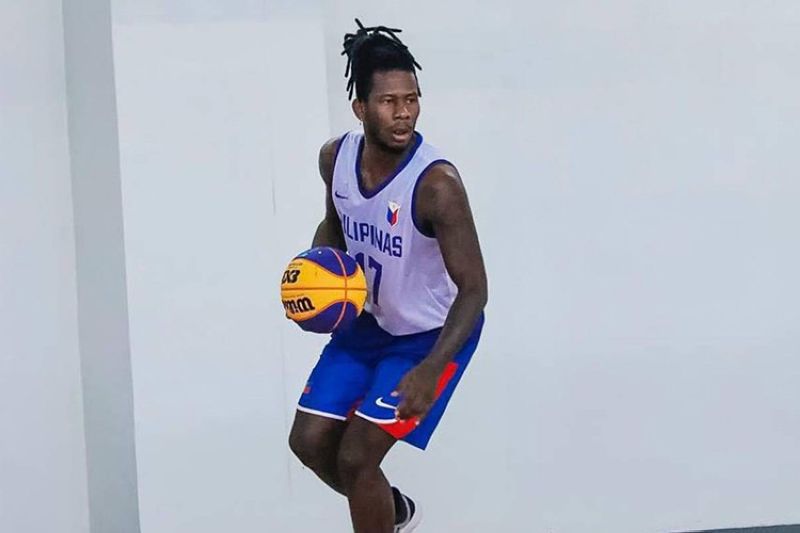 Gilas 3x3’s CJ Perez shares that he is bracing for the intense physicality of 3x3 basketball when he and the rest of his teammates compete in the 2021 FIBA 3x3 Olympic Qualifying Tournament. (Samahang Basketball ng Pilipinas)

The 27-year old is currently in the thick of preparations for the prestigious tournament that will be held in Graz, Austria on May 26-30. He is teaming up with Mo Tautuaa, Joshua Munzon, and Alvin Pasaol in a bid to secure a spot in the 3x3 basketball event at the Tokyo Olympics.

Perez has already had a taste of 3x3 basketball when he represented the Philippines in the 30th Southeast Asian Games. However, he expects the opposition to be a lot tougher this time around.

"This is where you really feel the physicality of 3x3 basketball. That’s what we see in the scouting videos. They don’t really play fancy but they get the job done. The opposing teams look really tough,” shared Perez.

“That’s the challenge in front of us—how we’re going to be able to keep up with them,” he added.

Perez and the rest of his teammates were at the Inspire Sports Academy last week for a seven-day training camp. There, he was bombarded with even more information from 3x3 veterans such as Munzon, Karl Dehesa, and Santi Santillan

“I need to learn more about the 3x3 game,” Perez shared. “They’re the 3x3 veterans and they’ve faced them all! They’re very experienced in 3x3 and they know how things are done at the pro level.”

The Philippines is bunched up in Pool C where they will take on Slovenia, France, Qatar, and the Dominican Republic. The Slovenians will be represented by club team Piran, a team that has tangled with the Filipinos several times in the pro circuit. The same can be said with Qatar, who will have Erfan Ali Saeed, Abdulrahman Saad, Nedim Muslic, and Seydou Ndoye.

Gilas 3x3 will return to the Calambubble on Friday to wrap-up their camp before flying to Austria.

Perez looks to make the most out of the opportunity to compete for a chance to play on the biggest sporting stage of them all—the Tokyo Olympics.

“I need to maximize these opportunities, especially since we are talking about the Olympics. I’ve been fortunate to be given this chance at this stage of my career and I need to grab this,” said Perez. “There are plenty of players who dream of playing for Gilas so I’m very grateful to be given this chance by the Samahang Basketbol ng Pilipinas and Boss Al [Panlilio]." (JNP)