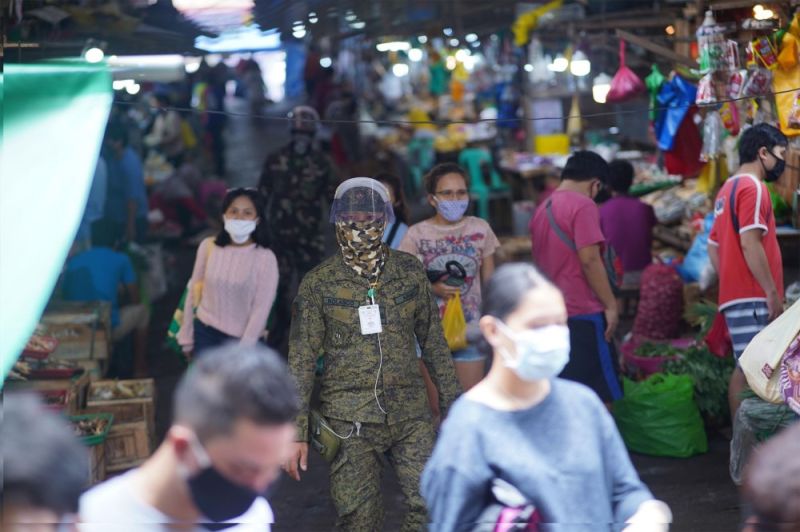 DESPITE experiencing a "pre-surge," the Davao City Health Office (CHO) said there is still no evidence that the sudden increase of Covid-19 transmission in the city is caused by returning residents and the threat of the new variants.

"We have observed an increasing trend. In fact, in the last six days, nagsunod tag-60 and 70 plus [new cases] (we recorded an average of 60 to 70 new cases), although kagahapon (yesterday) (May 12), we have 35 new cases," CHO Acting Head Dr. Ashley Lopez said in an interview on 87.5 FM Davao City Disaster Radio on Thursday morning, May 13.

On Monday, May 10, Davao City Mayor Sara Duterte-Carpio said in a radio interview that the sudden surge of Covid-19 cases in the city is a "cause for alarm."

Duterte-Carpio said there has been an "outbreak" of Covid-19 in offices and establishments that is contributing to the city's active cases. She said these offices are mostly government offices, but do not include City Government offices.

Lopez said, however, that the recent uptick in Covid-19 cases is not surprising since the city has expanded its daily testing and contact tracing.

Duterte-Carpio signed Executive Order (EO) 18 for the heightened surveillance and response of Covid-19 in Davao City by expanding its testing and contact tracing capabilities to manage the Covid-19 situation in the city. Under the EO, the city will test and monitor those with influenza-like illness (ILI).

The health response clusters were also ordered to make a regular schedule of surveillance swabbing in high-risk areas like business and commercial establishments, public places and government offices.

The city had been targeting to reach at least 1,000 daily tests. But he said they were able to reach 2,500 tests the other day.

Over the weekend, the official said the city recorded 73 new confirmed cases due to the surveillance activities in the city.

He said the city's daily positivity rate remains low in general, which means there is still a slow community transmission.

"Kasagaran sa atoang mga kaso is local (Most of our new cases are local transmissions). There is still no evidence that there is transmission coming from returning OFW [overseas Filipino worker]. Wa pud ta (We also do not have) evidence coming in of possible variants," the health official said.

For the past weeks, Lopez said the city has been bracing for the impact of the case surge in some parts of the country.

"Dili magdugay, posible nga maapektuhan ang (It won’t be long before its impact will also affect) Davao [City]," he said.

Tagum City and the entire Davao del Norte is also reportedly experiencing a surge, based on the data from the Department of Health-Davao Region.

The recent adoption of the Joint Regional Interagency Task Force for the Management of Emerging Infectious Diseases-Regional Task Force Against Covid-19 (RIATF-RTF) 11 Resolution 01 series of 2021, through an executive order issued by the Davao City Government, will help the city manage its Covid-19 cases, Lopez said.

"We have to be strict with that because it is one way para atong ma monitor atong possible entrance sa atong mga kaso sa (we can monitor the possible entry of the new cases of) Covid[-19], particularly sa (the) new variant," he said.

Starting 12:01 a.m. of May 14, 2021, tourists coming from outside Davao Region visiting Davao City via land travel will have to present negative results of their reverse transcription-polymerase chain reaction (RT-PCR) tests before they will be allowed entry at the border checkpoint in Marilog District.

The resolution was published on May 3 after the body approved uniform guidelines to regulate entry and exit in regional borders of the region.

The guidelines will be implemented by local government units in Davao Region sharing a border with other regions to regulate movements "as an additional and preemptive measure against the surge of Covid-19 cases in the region."