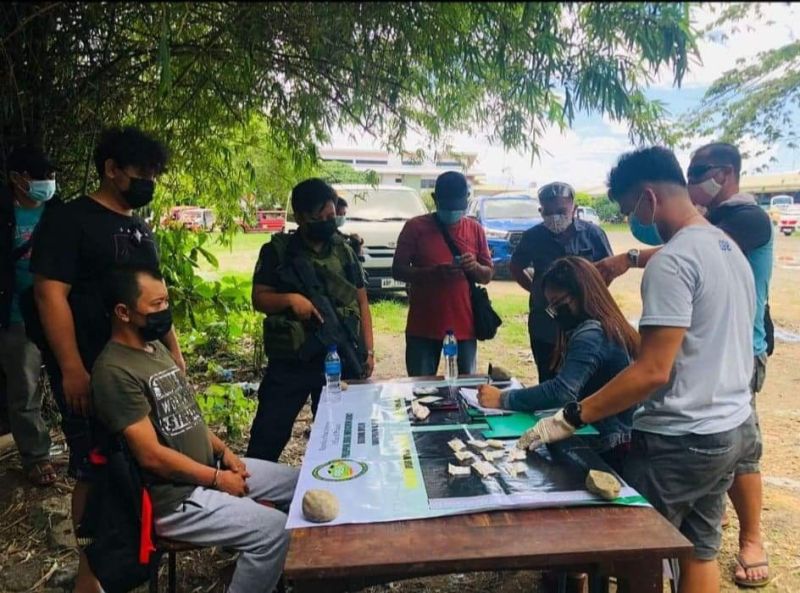 BACOLOD. A high-value target from Bacolod City was arrested in a buy-bust operation at the Old Tagbak Terminal, Jaro, Iloilo City on May 12. (PDEA-Western Visayas photo)

A SUSPECTED high-value target identified by the Philippine Drug Enforcement (PDEA) from Bacolod City was arrested in a buy-bust operation at the Old Tagbak Terminal, Jaro, Iloilo City on May 12, 2021.

The operation also resulted in the seizure of more or less 60 grams of suspected shabu with a standard drug price of P408,000.

Cases for violation of Sections 5 and 11, Art II of Republic Act 9165, or the Comprehensive Dangerous Drugs Act of 2002, were prepared for filing in court against the suspect, the PDEA report further said.