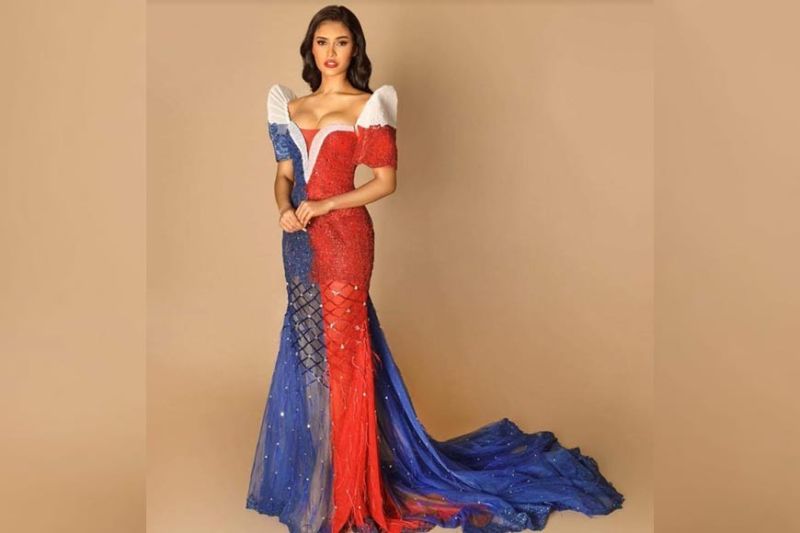 LA CASTELLANA. Miss Universe Philippines Rabiya Mateo wears a Filipiniana dress created by Negrense designer Kirsten Regalado in one of the photoshoots for the upcoming pageant on May 17. (Filbert Kung photo)

NEGRENSE designer Kirsten Regalado, who is making a name abroad in the field of fashion design, serves as an inspiration to the youth of La Castellana.

Regalado, who hails from the southern Negros Occidental locality and is now based in Florida, USA, will again dress some of the Miss Universe pageant contestants this year.

Mayor Rhumyla Nicor-Mangilimutan on Thursday, May 13, 2021, said Regalado is a representation of a talented and skillful La Castelleño, whose passion has brought pride to the town.

Nicor-Mangilimutan said showcasing her creations in one of the biggest pageants in the world, the Miss Universe, is like bannering what La Castellana can offer to the universe.

“Manang Kirsten is an inspiration to our youth. She inspires them to do good and focus on their talents and skills so they can also help and bring honor to their family, town, and province,” she added.

Regalado has been part of the Miss Universe pageant since 2014 as designer of some of the candidates.

She will also make other wardrobes of these candidates during their entire pageant journeys like outfits for interviews and questions.

Prior to the finals on May 17, Regalado has already created a buzz after dressing the Philippines' bet Rabiya Mateo.

Mateo wore a Philippine flag-inspired Filipiniana dress, a creation of Regalado, in one of her recent photoshoots.

For Regalado, it is an honor to dress a fellow Filipino especially Mateo, who is also aiming to bring honor to the country in her bid to bag the fifth Miss Universe crown.

For many Filipino fans, the Filipiniana dress showcases the Negrense and Ilongga power.

For Nicor-Mangilimutan, this is not the first time that La Castellana talents are being showcased on the global stage.

The mayor recalled that the town’s Bailes de Luces Festival has been bringing pride and honor to the province and country.

In 2018, the local government showcased the festival also known as the “Festival of Lights” in Germany through tourism promotion.

A year after, the festival won first place in the foreign category of the Wonju Dynamic Dancing Carnival in Wonju City, South Korea.

“This means that our town has already been producing talented individuals,” she said, adding that there are still many potentials that the world has yet to see in La Castellana.