Paduano dares Lacson to 'do some reality check' 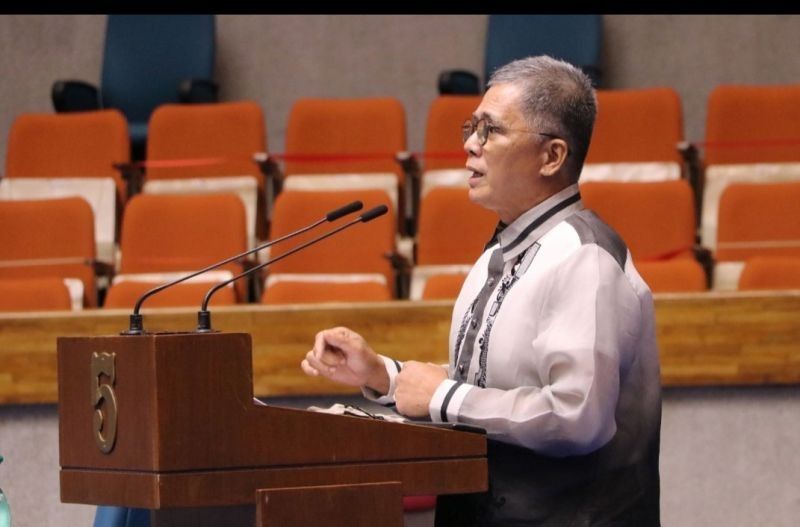 HOUSE Minority Leader Joseph Stephen "Caraps" Paduano has dared Senator Panfilo Lacson to do some reality check on his proposed realignment of budget intended for infrastructure projects pushed by members of the lower chamber.

Lacson claimed that "congressional insertions" tagged by the Department of Budget and Management as "For Later Release" could be utilized in the procurement of P20 billion worth of Covid-19 vaccines.

"Tumingin ka muna sa sarili mong bakuran, the House of Senate is one-half of Congress that you are talking about," Paduano told Lacson.

"I hate to say this, but the honorable senator is fond of mocking the House of Representatives," the minority leader noted.

The Abang Lingkod partylist lawmaker claimed that Lacson has always been blaming the Lower House over his disappointments on the budget, "forgetting the fact that budgets are passed and approved by both Houses."

"There are also appropriations for the construction of the Senate building, why not include that for realignment?" Paduano asked.

"The problem with Senator Lacson is the fact that he always projects himself as upright and clean by disowning the budget," he added.

"The Supreme Court, in its ruling on the controversial Priority Development Assistance Fund (PDAF), had declared that post-enactment activities of legislators are disallowed during the implementation of the General Appropriations Act. Clearly, Senator Lacson is interfering with the affairs of the Executive Branch in the implementation of the GAA," the minority leader said.

"Members of Congress are elected to legislate as well as to ensure that laws are faithfully executed. The President is elected to direct the affairs of the government and execute the laws faithfully, to each his own, mahirap naman 'yan na Senador ka na tapos ikaw magpapatupad ng batas, hindi na yata tama 'yan," he added.