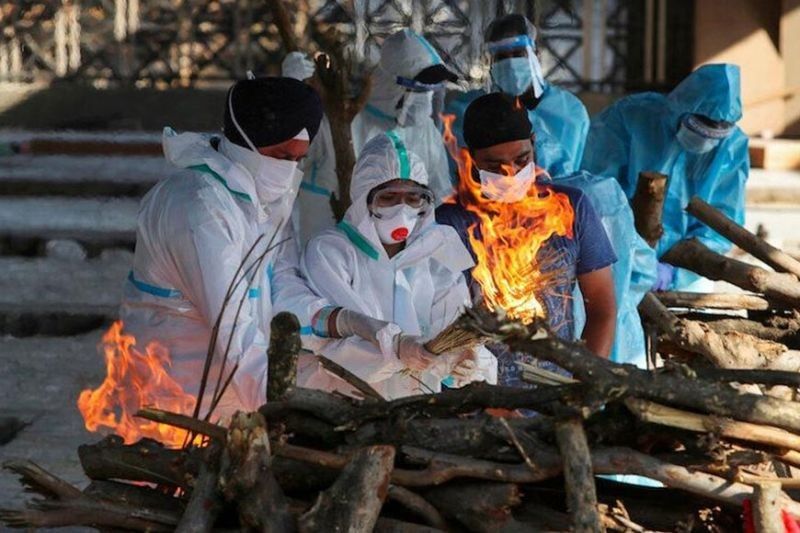 INDIA. In this photo taken in April 2021, family members light a funeral pyre for a person who died from Covid-19 at a crematorium in Jammu, India. (File)

DEPARTMENT of Health (DOH) Undersecretary Maria Rosario Vergeire on Friday, May 14, 2021, said the number of passengers who are considered close contacts of the two B.1.617 cases has increased to 41.

DOH officials said they were tracing the fellow passengers seated within four seats on both sides, in front and behind each patient, after initially assuring that the two patients have had no close contacts.

She assured that all passengers had undergone the testing and quarantine protocols for arriving international passengers.

“So they were either tested on the fifth or the sixth day, and they have completed quarantine at the national and local government level,” she said.

The B.1.617 variant of Sars-CoV-2, which as been declared as a variant of concern, is believed to be behind the explosive rise in coronavirus disease 2019 (Covid-19) cases in India.

As of May 11, the World Health Organization said this variant has also been confirmed in 44 countries. Five more countries had reported detection of the variant.

The two returning Filipinos who were found infected with this variant had the B.1.617.2 sub-lineage.

The first case, a 37-year-old male, arrived from Oman on April 10, 2021. He tested negative of the virus in a repeat swab test on May 3. He has gone home to Soccsksargen.

DOH Epidemiology Bureau Director Alethea de Guzman, in a press conference on May 11, assured that both cases were contained and neither had any close contacts.