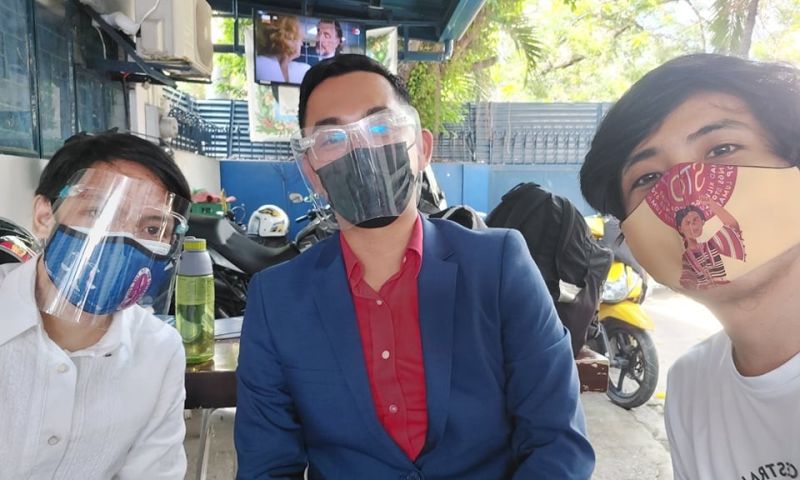 THE Office of the Provincial Prosecutor (OPP) of Davao del Norte in Tagum City has ordered the immediate release of the "Bakwit School 7" after it dismissed the criminal charges filed against them by the Philippine National Police Anti-kidnapping Group (AKG).

They were arrested by local police last February 15, 2021 at the retreat houses of the Societas Verbi Divini Philippines Southern Province, University of San Carlos-Talamban campus in Cebu City.

The National Union of Peoples' Lawyer (NUPL) Cebu chapter, in a statement on Friday, May 14, 2021, said the grounds cited by the OPP Davao del Norte for the junking of the criminal raps against their clients are the following: "being outside of the territorial jurisdiction of the OPP Davao del Norte, insufficiency of evidence, and lack of probabale cause to support any of the crimes allegedly committed by the respondents."

The NUPL Cebu said the resolution, dated May 5, 2021, was approved by Provincial Prosecutor Norman Solis of the OPP Davao del Norte.

"The dismissal of the complaints against the Bakwit School 7 validates our firm assertion that the persistent red-tagging efforts on Lumad schools by the State forces are baseless and unfounded," the NUPL said in a statement.

The Bakwit School 7, except Porcadilla. who, earlier withdrew the representation of NUPL Cebu in March 2021 are clients of the NUPL and the Visayas Community Law Center.

Lawyer King Anthony Perez, NUPL Cebu spokesperson, said with this, it is possible that they will file countercharges, but they have yet to formally discuss it with their clients. (WBS with PR)