Styling hair with a twist 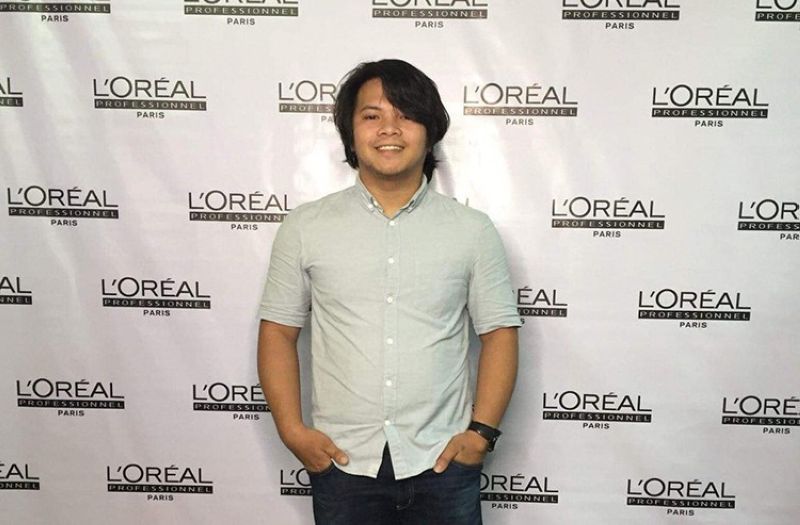 WHEN a man decides to have his hair cut, it’s usually done in a barbershop with a male barber. When a woman wants to cut, style, color her hair, it’s usually in a hair salon with either a woman hairstylist or a gay one. Despite gender norms being more flexible nowadays in terms of one’s occupation, there are some things that Filipinos still think of as a feminine job or a masculine one.

But these career stereotypes don’t bother Joey Genturales at all. Instead, he focuses on his career growth and his professional relationship with his clients. Growing up in a family that is into the hairstyling industry, Joey didn’t have a hard time adjusting to this job.

“Akong pinsan who are really straight men are into this job also, so wala ko naglisud adjust sa mindset sa pagiging stylist. Diri sa Davao, very accepted naman pud ang stylist na lalaki na straight (My cousins who are straight men are also in this line of job, so I didn’t have a hard time to adjust to having a stylist’s mindset) And I have my clients to be thankful for for trusting my craft,” shared Joey.

He started as a junior stylist in one of the prestigious hair salons in Davao City in 2011. He took this as a learning opportunity to know the technicalities in hairstyling. Because of this, he learned to love the profession, which also later on became his greatest passion.

For 10 years now, Joey would frequent different hairstyling trainings, seminars, and go out of his way to try the latest hair trends both for men and women clients. Within these 10 years, he had worked with different salons in the city, which allowed him to further improve his knowledge of hairstyling. He believes that whatever he is now as a hairstylist, he owes to all the salons he had worked in the past.

Joey added that working in the industry did not only improve his hairstyling skills, it also helped him better relate with his clients as he would encounter different people with different personalities. In the frontline of their job, it is important to have a good relationship with the customers.

“Daghan techniques and styling ko nahibal-an. I won’t say it’s easy but worth it all those years kay nagamit gyud nako to karon (I’ve learned a lot of styling techniques. They’re not easy but very really worth it as I would still make use of those learning to what I do now),” he shared.

Perhaps, every hairstylist dreams of having their own salon someday. And that includes Joey. He didn’t know that a regular hairstyling client would then become his business partner. It started as just a random conversation among them -- to start their own salon business. Amid the pandemic in 2020, Joey and his business partner were able to open Atelier 8 Hair & Beauty Salon along Mabini St., Davao City.

He added that the establishment of Atelier is a dream come true for him and he feels blessed to have a business partner who envisioned Atelier and to the many regular clients who continue to believe in them.

Atelier is best known for their bold statement hair colors that are popular on social media especially among younger generations.

“We did not neglect the basics of hair coloring techniques. I applied everything that I learned from previous training. But learning is a continuous process so the discovering and knowing of new hairstyling technology is still our priority,” he said.

When one visits the salon, aside from the minimalist and posh interiors, one would also notice that Joey himself handles the hairstyling of the clients who come in. His being hands-on in the business is mostly appreciated by the clients who love to post their hairstyle on social media tagging Atelier’s Facebook page. Not only are his clients satisfied with their new hairstyles, they are also fond of his level of friendliness without being too nosy. This is a different level of expertise as well.