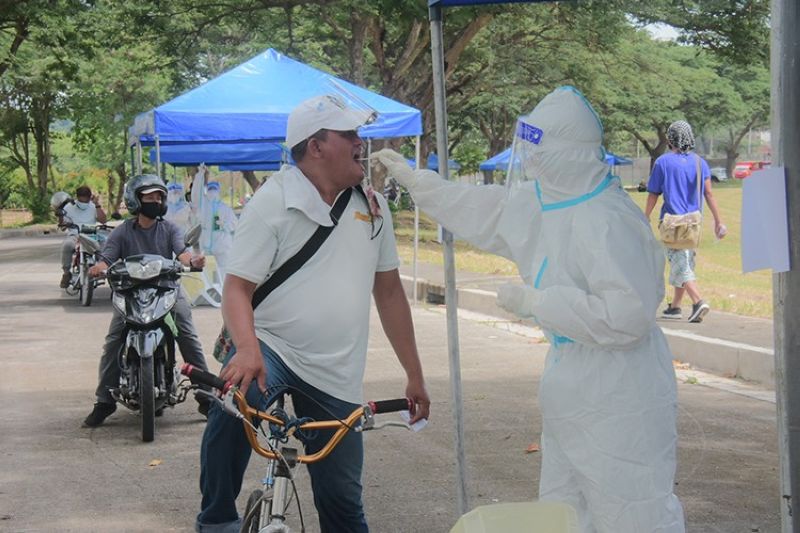 THE Davao City Health Office (CHO) is planning to extend the drive-thru swab testing at the Davao Crocodile Park for another six months and will now cater the general public as part of the city's Covid-19 expanded contact tracing and surveillance.

CHO Acting Head Dr. Ashley Lopez said in a radio interview on Thursday, May 13, that the free drive-thru swab test, which started on April 26 to all drivers of public transportation and delivery services, will now also be open for businesses and establishments workers required to undergo swabbing.

Lopez said the Davao City Covid-19 Task Force decided to submit a formal letter requesting the Crocodile Park management to extend the swabbing activities within the area for another six months.

"We request for another extension. This time from May 17 up to six months. Unom ka bulan nga (It is six months) extension so that it will serve as an extension swabbing center," he said in an interview on 87.5 FM Davao City Disaster Radio.

The health official said the City Government has been received positively since it started its drive-thru testing.

The drive-thru swab ended on May 8, but was extended for two more days on May 10 and 11 for private security personnel.

Lopez said companies preferred to be swabbed at Crocodile Park because it is a spacious and open air-area and it is convenient to look for parking.

Lopez said they are planning to conduct the swabbing in the area from Mondays to Saturdays.

He said they are currently planning to employ more swabbers for this activity. However, he said only a few people applied for the position.

The city has been planning to decongest Sta. Ana, the city’s primary swabbing center since the start of the Covid-19 pandemic.

Lopez said they are eyeing to designate other parks in the city, like the People's Park, Magsaysay Park, and the newly-renovated Rizal Park in San Pedro Street, as swabbing sites. However, Magsaysay is currently put on hold for undisclosed reasons.

He also said swabbing sites at the district health centers in the city have started to operate. This after the city mandated the implementation of the influenza-like illness (ILI) surveillance activities at district health offices.

The ILI surveillance is in accordance with Executive Order (EO) 20, mandating the monitoring of individuals with influenza-like illness (ILI) symptoms to be swabbed at the nearest district swab sites.

Lopez said, however, that swabbing in district health centers is not done on a daily basis due to the limited swabbers.

But still, he encouraged those manifesting Covid-19 symptoms to visit their respective health centers.

The health official confirmed that the city is experiencing a "pre-surge." However, the recent uptick in Covid-19 cases is not surprising since the city has expanded its daily testing and contact tracing.

He added there is still no evidence that the sudden increase of Covid-19 transmission in the city is caused by returning residents and the threat of the new variants.