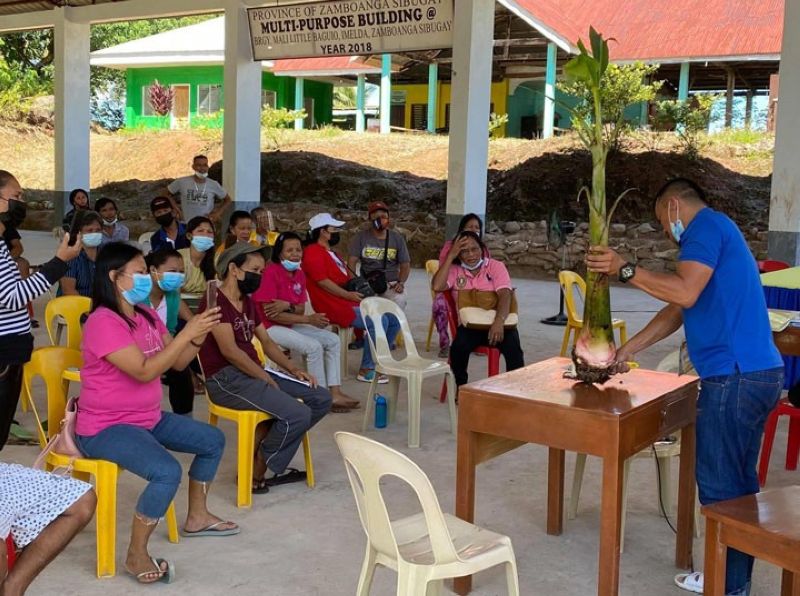 Reynaldo Campomanes, Field Operation Division chief of DA-ZamPen Adaptation and Mitigation Initiative in Agriculture, said the attendees of the training held from May 12 to 13 were farmers from the villages of Mali Little Baguio and La Victoria, Imelda.

Campomanes said the training was aimed at improving farmers' management skills in banana production in their respective farms.

He said Edellarie Jouela and George Vallente of DA-ZamPen served as resource speakers, both theoretical and practical approaches introduced to the participants.

He said the two-day activity was in coordination with the local government unit of Imelda and the Municipal Agriculturist Jerry Joquiño. (SunStar Zamboanga)