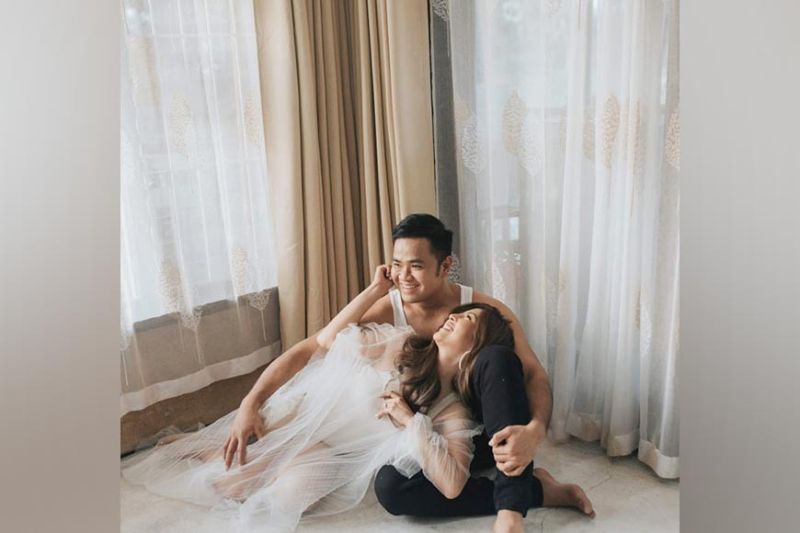 TO HYPE up their wedding, Kapampangan R&B singer-composer Jonas David and fiancee Shelly Tenorio, did their prenup photoshoot at the Lake Farm in the City of San Fernando. Throughout the years, it is becoming more of a trend to do prenup or engagement photography months before the wedding. Some couples choose to do an adventurous and outdoorsy type of prenup while others prefer it to be laidback and chill. There are those who have it within the Philippines while some even do destination shoots abroad!

Jonas and Shelly personally chose Lake Farm as venue of their photoshoot. According to the soon-to-be couple, the serenity of Lake Farm adds to their romantic mood. Erika Sadac of Details Matter Event Management organized and planned the entire momentous event. While photographer Gerald Gloton is responsible for capturing those romantic moods. Celebrity fashion stylist Jemi Nicdao will do the styling and Lorenz Concepcion will do the groom's make-up while Ais Aalansalon of Glamorais for the bride's glam look.

Rambo Nunez congratulates Maja Salvador for her TV5 drama series, Niña Niño, named the 13th most-watched TV show on Thursday, May 6, 2021. It is the highest rank the series has achieved so far. Twitter user Yera Calma puts out the updated figures from AGB Nielsen NUTAM Philippines for the shows that aired on Thursday, May 6.

Niña Niño registers a rating of 4.0 percent and ranks 13 in the Top 20 programs from all TV networks. It is, by far, the highest rank that Maja's show has achieved, but it is not the first time that it reached the 4-percent mark. Yera Calma’s posts about AGB ratings match the figures that the TV networks have been posting about the ratings of their TV shows.

Niña Niño airs at 7:15 p.m., going head to head against three shows: 24 Oras on GMA-7 and Primetime Zinema on A2Z Channel 11 on free TV and TV Patrol on ABS-CBN’s cable channel, Kapamilya Channel. On May 6, 24 Oras registered a rating of 15.9 percent, while Primetime Zinema did not make it to the Top 20 programs.

Niña Niño is Maja’s first teleserye with TV5 after she joined the Kapatid network’s noontime show, Sunday Noontime Live, in October 2020. The show was canceled in January 2021. Aside from Niña Niño, Maja is also expected to join another TV5 show, POPinoy.