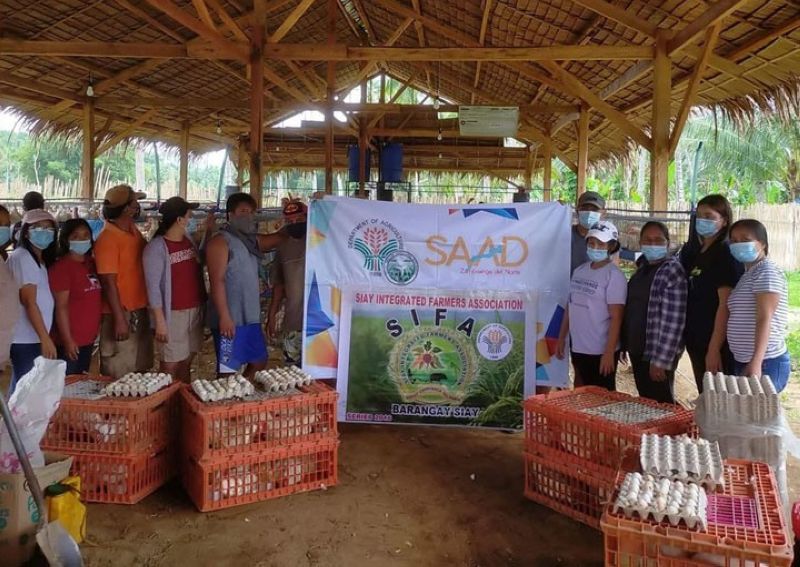 ZAMBOANGA. The Department of Agriculture, through the Special Area for Agricultural Development (DA-SAAD) program, distributes some P14.6 million worth of Layer Chicken Raising Project to 33 farmer’s association in Zamboanga del Norte. A photo handout shows one of the association recipients of the project. (SunStar Zamboanga)

THE Department of Agriculture, through the Special Area for Agricultural Development (DA-Saad) program, has distributed some P14.6 million worth of Layer Chicken Raising Project in the province of Zamboanga del Norte.

Ronillo Dusaban, DA-Saad provincial coordinator, said 33 farmers’ cooperative and associations in 15 of the 25 towns of Zamboanga del Norte received from the agency 266 modules or approximately 12,768 heads of chicken, which were distributed from Monday, May 10, until Friday, May 14.

Dusaban said the layer chicken project is one of the booming enterprises implemented by DA, through the Saad program.

“We are in the process of expanding the layer chicken project because of the high demands of fresh eggs in the community,” Dusaban said.

Emily Simona, Ubay Farmers Association president, said the additional 12 modules of chicken are a great help to them to be able to provide and supply the community with more eggs.

Simona expressed her gratitude to the government for the opportunities given to the farmers.

She said their expansion project is timely since the people resort to buying eggs as their viand as prices of meat are high.

“We are very blessed because we are given a complete package. Aside from the chicken and feeds, we also received delivery vehicle to transport these eggs to our regular customers,” she added.

He said it is an agri-based economic enterprise intended for marginalized farmers in support of the DA's twin goal #MasaganangAni at #MataasNaKita. (SunStar Zamboanga)