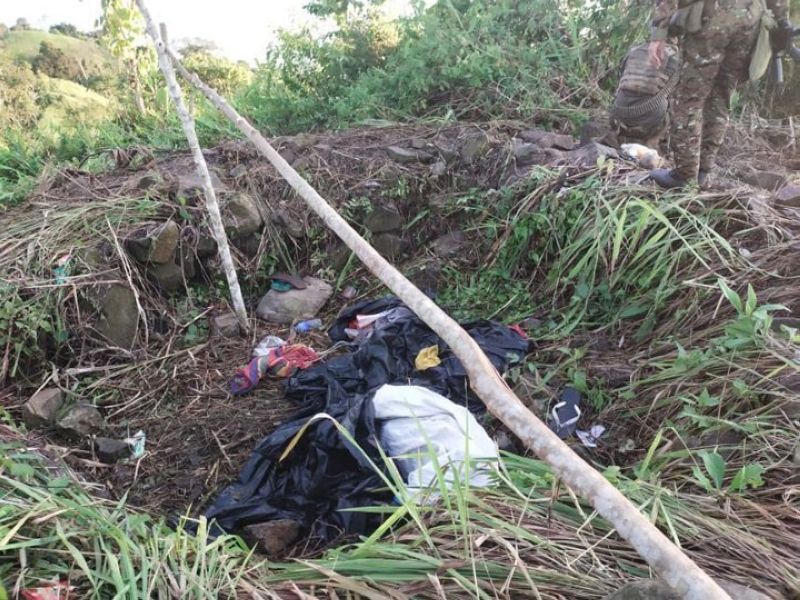 ZAMBOANGA. Two members of the Bangsamoro Islamic Freedom Fighters (BIFF) die in a clash Sunday, May 16, with government forces in Datu Paglas, Maguindanao. A photo handout shows some of the personal belongings of the BIFF the troops recovered at the clash site. (SunStar Zamboanga)

TWO members of the Bangsamoro Islamic Freedom Fighters (BIFF) were killed in a clash with government forces in Maguindanao, military officials said Sunday, May 16, 2021.

Vinluan said the identities of the two slain BIFF members were not immediately known except that they belong to the BIFF-Karialan faction led by Mohiden Animbang alias Karialan.

Vinluan said the troops were on focused military operation when they clash with the group of Animbang in Mao village, Datu Paglas.

The firefight lasted for about 10 minutes that resulted in the death of the two BIFF members. The rest scampered in different directions. There was no casualty on the government troops.

Major General Juvymax Uy, commander of the Joint Task Force Central, said the troops have discovered two foxholes believed to have been dug by the BIFF a few months ago.

Uy, who is also the 6th Infantry Division commander, said the troop is tracking down the fleeing BIFF members.

“I commend the forces of the Joint Task Force Central for the unrelenting efforts to eliminate the terrorists in Central Mindanao,” Vinluan said.

A total of 89 BIFF terrorists were neutralized since January 2021 in Central Mindanao.

Of the total, 41 were killed and 48 have surrendered. Also recovered were 56 assorted firearms. (SunStar Zamboanga)