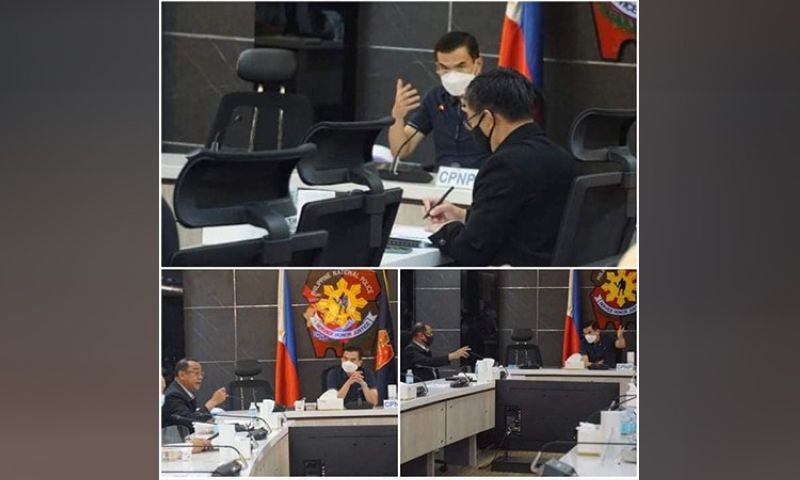 PNP Chief Guillermo Eleazar said Monday, May 17, that the guidelines will include more rigid coordination procedures that must clearly indicate the specific area and day of operation at the station level, especially in big cities.

Eleazar and PDEA Director Wilkins Villanueva led a conference with PNP and PDEA officials on May 15 to iron out the matter.

This came after another nearly “misencounter” between PDEA and PNP operatives on Friday, May 14, in Quezon City.

Eleazar said both parties were on a legitimate anti-illegal drug operation last May 14.

“Ang nangyari doon, merong operation both the PNP and PDEA nagpakita sila doon na kung hindi nagkaroon ng pagkakakilanlan, possibleng nagresulta sa barilan (What happened was both the PNP and PDEA had legitimate operations and it could have led to a misencounter if they were not able to identify each other),” he said.

In February, two cops, two PDEA agents and one asset were killed in a shootout between police and PDEA operatives near a mall on Commonwealth Avenue in Quezon City. Both parties claimed they were conducting legitimate buy-bust operations.

President Rodrigo Duterte has ordered the National Bureau of Investigation to investigate the incident.

Eleazar said they are not discounting the possibility that drug syndicates were behind both incidents.

“Illegal drugs syndicates are taking advantage of the weaknesses or gaps in the rules of procedure on coordination and inter-operations between the PNP and the PDEA. Kasama ang PDEA, ito ang tututukan natin ngayon para maiwasan na maulit pa ang anumang pagkukulang sa koordinasyon at komunikasyon (We are looking into this now to avoid such incidents where there were lack of coordination and communication),” he said. (SunStar Philippines)