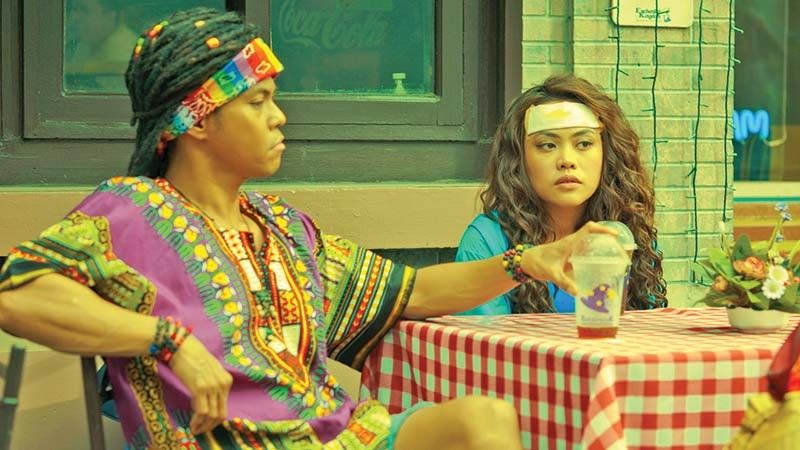 AFTER her lead roles in the movies “Jowable” and “MOMOL Nights,” Kim Molina has become a sought-after actress. This year, Kim will be back on screen, taking on her toughest role yet in the upcoming movie “Ang Babaeng Walang Pakiramdam” together with real-life boyfriend, Jerald Napoles.

Kim said playing the role of Tasha, a woman diagnosed with Congenital Insensitivity to Pain (CIP), was so far the toughest she has ever played. She admitted having difficulty in playing the role and she considers it a game-changer in her career.

“It’s tough playing a character with no feelings!” she said.

She shared that she had to do a stunt for a specific scene in The Plunge in Danao Adventure Park in Bohol. The Plunge is reportedly one of the world’s highest canyon swings with an approximately 75-meter free-fall, so doing a stunt with strictly no hint of any expression was very difficult for Kim.

“I was screaming all the time. I was totally out of character. I didn’t expect I would be that scared,” said Kim.

The movie is the first on-screen pairing of real-life couple Kim Molina and Jerald. Jerald plays the character of Ngongo, a man with a cleft palate who will become an instrument to make Tasha “feel again.”

Director Darryl Yap is not afraid to tackle topics that people are uncomfortable talking about.

“I’m just assuring the public that I’m showcasing the characters with pure sensitivity and respect and utmost concern with the way they are living their lives,” Yap said. The director encourages viewers to watch the movie first before criticizing its theme.

“Ang Babaeng Walang Pakiramdam” will be out June 11 on ktx.ph, iWantTFC, TFC IPTV, SKY PPV, Cignal PPV for P250, and on Vivamax.