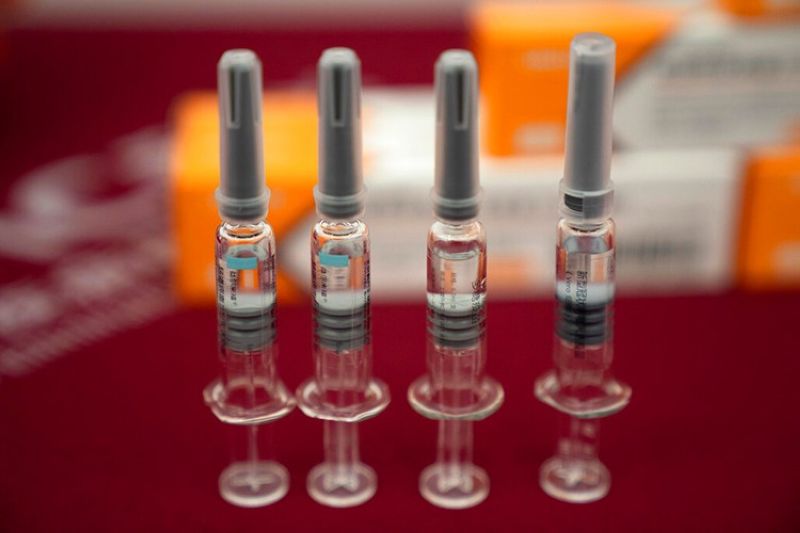 FOLLOWING the recent vaccine wastage in Makilala, North Cotabato, an official from the Department of Health (DOH) strongly advised that all Covid-19 vaccine storage facilities in the country should have standby generator sets.

Dr. Abdullah Dumama Jr., DOH undersecretary for the Visayas and Mindanao field implementation and coordination team, said on Monday, May 17, 2021, that having generator sets for storage facilities will be useful not only for Covid-19 vaccines but all other medicines that need a refrigeration system.

"We assume that there will be like that in every area. Dahil nga sa nag-brownout, gusto sana natin na may (Because of power interruptions, we want that there will be) standby generators that can take care of these vaccines. Not only vaccines, pati mga medications na nilagay doon sa (also medications that needed to be put in the) refrigerator should be stored properly," Dumama said during the symbolic Covid-19 vaccine rollout of the Pfizer-BioNTech at the Southern Philippines Medical.

A total of 384 vials of Sinovac vaccines in the Municipality of Makilala, North Cotabato expired and are deemed unfit to be used during the vaccination rollout for the senior citizens in the municipality.

This came after its freezer, which was running on a generator set, was not switched to the main power line after the electricity had returned following a blackout in the municipality last May 11, 2021.

According to reports from the Makilala local government unit (LGU), the Municipal Health Office transferred the Sinovac vaccines to the Makilala Police Station's freezer when the power interruption occurred since the latter has a generator set.

However, when the power returned, the freezer’s power source was not switched back to its main power source and remained connected to the generator.

It was only known that the freezer was not working two days after the power returned and it was believed that the vaccines were already expired and unusable.

Dumama said the wasted vaccines can no longer be inoculated since it's required storage temperature was affected due to the electric outage.

Spoiled vaccines must be immediately reported to DOH so that it will be returned and replaced with new batches, the undersecretary said.

Dumama said the Health department is currently investigating the reported wastage of the Covid-19 vaccine.

Meanwhile, Vice Governor Emmylou Taliño-Mendoza said in a statement on Friday evening, May 14, that the Provincial Board of North Cotabato will conduct an inquiry into the vaccine spoilage in Makilala.

Taliño-Mendoza said the legislative inquiry in aid of legislation aims to dig deeper into the spoilage of the vaccines “considering the sensitivity of the issue at hand and the scarcity of the vaccine supply.”

The probe also aims to propose measures to improve the guidelines on the proper handling of vaccines to prevent a repeat of the incident and avoid another spoilage.

Dumama said the incident must serve as a "lesson learned" and that there should be standby generator sets in the storage facilities.

"This is a lesson learned na it will not happen again," he added.

The health official said the National Covid-19 Vaccination Operations Center is already working on the proposal of having standby power generator sets in all vaccine storage facilities in the country.

He added that he will raise the matter to the National Government, particularly with the Department of Energy (DOE).

"Pwede rin naman tayong humingi ng konting tulong sa DILG [Department of the Interior and Local Government at sa mga (We can also ask help from the DILG and the) local government unit that it will not be so much of a burden naman (also) because ito ay importante rin kapag meron tayong (this is also important when there is) emergency. At kapag matapos ito, (and when this pandemic ends) they can still use it later on," Dumama said.

He said the DOH had also previously received reports of vaccine wastage in Bicol Region.

In a news report from GMA News, 7,500 doses of the AstraZeneca vaccine sent to Bicol could not be used because of a “freezer failure” in March this year.

But Health Undersecretary Maria Rosario Vergeire said the AstraZeneca vaccines did not go to waste as their potency has been retained. (With reports from Sofia Oson & Viannah Erispe, AdDU Interns)