Mayor to Dabawenyos: Brace for increase 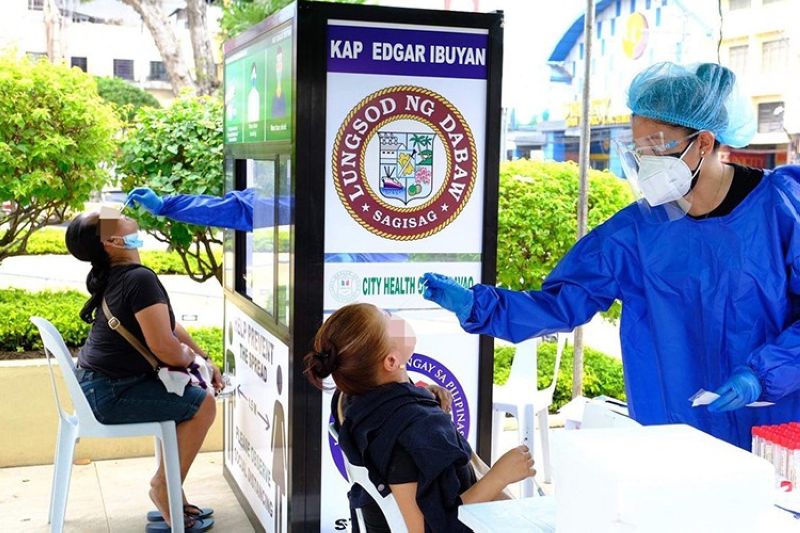 DAVAO City Mayor Sara Duterte-Carpio told Dabawenyos on Monday, May 17, 2021, to "brace" for the rising Covid-19 cases in the city.

"Let us all brace ourselves for the increase of cases in Covid-19 diri sa atoang syudad diri sa Davao (here in Davao City)," Duterte-Carpio said in an interview on 87.5 FM Davao City Disaster Radio.

According to Lopez’s report, there is a notable rise of cases in the city similar to what was experienced in the previous increase in cases.

The mayor noted that the increase of cases in the city is due to the intensified surveillance testing, contact tracing, and individuals seeking medical intervention and not because of the new Covid-19 variants.

But still, Duterte-Carpio said the city will still implement its Covid-19 strategies.

The mayor, meanwhile, said they are hoping the city's vaccine rollout can keep up with the rising number of cases.

"We hope na makaapas ang atoang pagpabakuna. And we were also told na daghan maabot na mga bakuna. Kinahanglan paspasan nato ang atoang bakuna (We hope we can catch up with our vaccination. We were told more vaccines will be arriving. So we need to hasten our vaccination)," Duterte-Carpio said.

The mayor cited a particular study in Italy, showing that people who were vaccinated with even just the first dose, it already has a "great" effect on managing their Covid-19 cases. She added that the more people were vaccinated, the more their cases decreased.

Despite the uptick of Covid-19 cases, Duterte-Carpio urged the public to remain calm, and continuously abide with the minimum health protocols.

The mayor also said that as of now, there is no need for the city to reimpose additional measures, including the reimposition of the mandatory usage of the food and medicine (FM) pass.

According to the May 16 data of the Department of Health-Davao Region (DOH-Davao), Davao City has recorded 95 new Covid-19 cases, increasing the total to 709 active cases, with 46 new recoveries and four deaths.

Also based on the DOH-Davao data in the previous days, the city has recorded an average of 60 to 70 cases per day.

DOH-Davao Director Annabelle Yumang said during the symbolic vaccination ceremony of the Pfizer-BioNTech vaccine at the Southern Philippines Medical Center (SPMC) on Monday morning that the region is also experiencing a surge of cases.

Yumang noted a three-digit number of daily new cases for the past two weeks.

She said, however, that majority of the patients are asymptomatic.

As of May 16, 79.6 percent of the total active cases are asymptomatic.