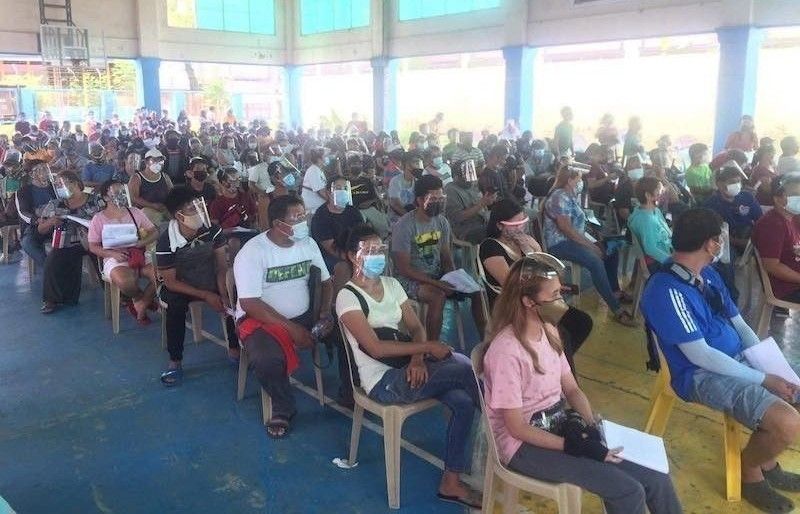 THE government has distributed P21.06 billion or 91 percent of the P22.91 billion “ayuda” or financial assistance allotted for low-income earners affected by the enhanced community quarantine (ECQ) that was earlier implemented in the National Capital Region (NCR) Plus area.

The ECQ was implemented in NCR and the nearby provinces of Bulacan, Cavite, Rizal and Laguna from March 29 to April 11, 2021 due to the spike in coronavirus disease (Covid-19) in these areas.

The Department of the Interior and Local Government (DILG) said Monday, May 17, that the remaining nine percent of the P22.91 billion assistance was unclaimed, as some of the supposed beneficiaries have moved to provinces or are no longer residing in the NCR Plus.

“Many of them were also delisted because they were found to be duplicates in the Social Amelioration Program list,” said DILG Secretary Eduardo Año.

He added that local government units (LGUs) with the unclaimed funds have been granted authority to prepare a new payroll and distribute the aid to other individuals affected by the ECQ in their respective communities within 10 days.

“The LGUs have started to prepare a new payroll in order to distribute these unclaimed funds,” he said.

Año said that amid all the challenges, “the LGUs delivered their end of the bargain on the distribution of ayuda to millions of beneficiaries with most registering 90 percent completion rate as of May 15.”

May 15 was the extended deadline set by the government for the completion of the ayuda distribution.

Of the LGUs in the NCR Plus area, 37 have reached 100 percent completion rate, said the DILG.

Año said the 91 percent distribution rate in whole NCR Plus is a testament to the LGUs’ commitment to extend the most help they can give to their constituents.

“Alam ninyo po isang malaking hamon po talaga itong pamamahagi ng ayuda sa panahon ng pandemia at nakakatuwa na we saw the commitment of the LGUs. And now billions of pesos of financial assistance have reached our kababayans. The 91 percent or P21.06 billion ayuda distributed to qualified beneficiaries is a victory for the LGUs and the national government,” he said. (LMY/With PR)