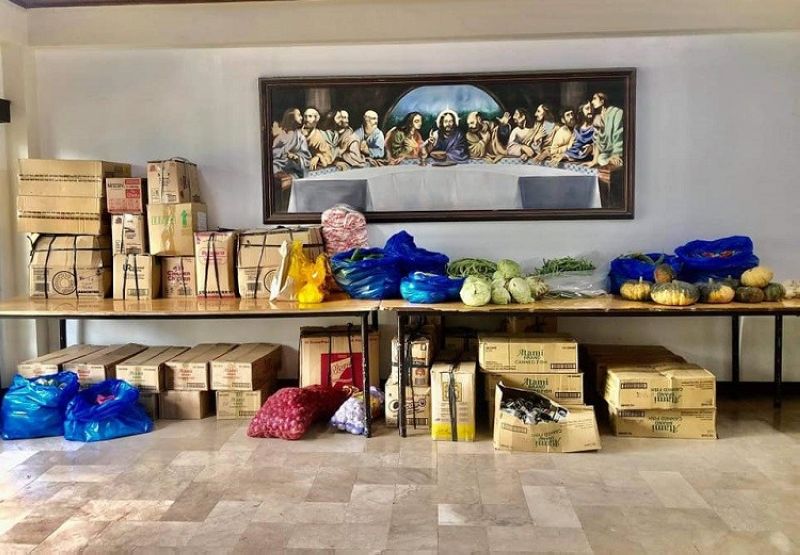 SILAY. The food bank launched by various groups at the Marian Missionaries of the Holy Cross, Saint Francis Subdivision in Barangay 5, Silay City over the weekend aimed at serving more local community pantries in the locality. (Contributed photo)

A FOOD bank aimed at serving more local community pantries was launched at the Marian Missionaries of the Holy Cross, Saint Francis Subdivision in Barangay 5, Silay City over the weekend.

The initiative was spearheaded by Louie Peter Gamboa of Walang Iwanan Alliance-Negros Occidental and Fr. Eduardo De la Cruz of Marian Missionaries of the Holy Cross, along with various organizations in the city.

Gamboa said the food bank is a centralized storage area where food donations can be dropped off.

This is also where one can put his/her own food purchases for distribution, Gamboa said.

"Food can be repacked here and it is convenient for larger donors who do not know how to distribute their donations," he said, adding that “the food bank can cater to many community pantries in the city.”

The group currently has five existing community pantries that are reaching out to various barangays.

The food bank is timely in Negros Occidental amid the impending "tiempos muertos" or dead season, a cyclical four-month period in the sugar industry where there is little or no work at all.

Gamboa said with the pandemic still raging in the province, there is an anticipation of a hunger surge as well.

"The community pantries will be committed allies in the fight against hunger," he added.