Inclusion of governors, mayors in Priority A1 vax list approved 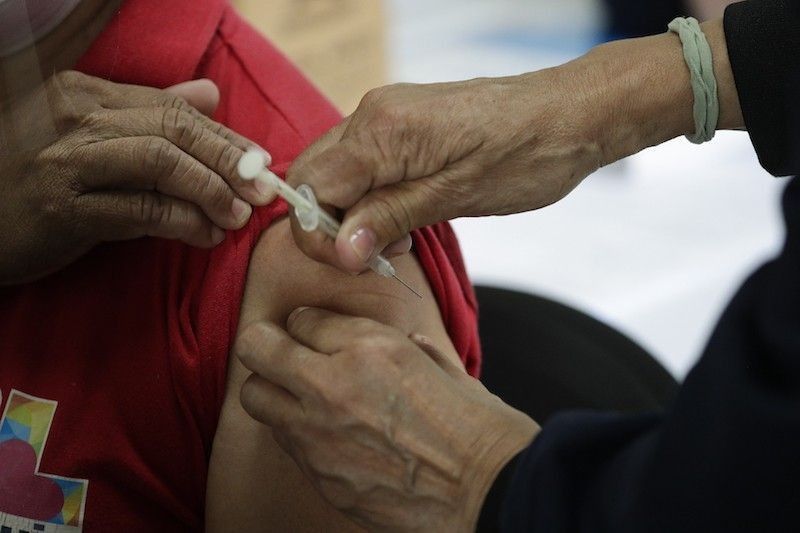 MALACAÑANG has encouraged local chief executives (LCEs) to register for the coronavirus disease 2019 (Covid-19) vaccination, stressing they are now included in the Priority A1 list regardless of their risk classification.

“So mayor and governors, magpabakuna na rin po tayo (get vaccinated),” he said.

Resolution 115-B includes all governors and city and municipal mayors or all local chief executives under the Priority Group A1.5 of the priority population groups for Covid-19 vaccines, regardless of the risk classification of their respective local government units (LGUs).

It was the League of Provinces of the Philippines which earlier appealed for the inclusion of the LCEs in the priority list.

The IATF agreed that “the continued implementation of proactive measures and restrictions must be put in place to slow down the surge in Covid-19 cases, stop further spread of variants, buy time for the health system to cope and to protect more lives.”

In a Sept. 30, 2020 report, the Department of the Interior and Local Government said there are 81 governors and 1,634 mayors in the Philippines.

As of Saturday, May 15, a total of 2.9 million vaccines have been administered to Filipinos, particularly workers in frontline health services, senior citizens, individuals with comorbidities and frontline personnel in essential sectors.

Of those vaccinated, 714,432 have completed their two doses of Covid-19 vaccines, said Roque.

He said the country targets to inoculate 50 to 70 percent of the country’s population by the fourth quarter of 2021.

Upon hearing the news, Lapu-Lapu City Mayor Junard Chan said he will get vaccinated either on Tuesday, May 18, or Wednesday, May 19. It will depend on how he’s feeling and on what City Health Office officials suggest, he said.

Most likely he will be injected with the Sinovac vaccine because it’s the only vaccine available in the city, he said, adding that he plans to get vaccinated at the City’s vaccination site at the Gun-ob Elementary School. The other vaccination site is the gym in Barangay Agus.

In March, the mayor had volunteered to be injected to show residents that there was nothing wrong with getting vaccinated. His plan didn’t push through since local chief executives were not on the list of priorities during the initial vaccine rollout.

“Actually, I prefer to get injected with the Sinovac vaccine because there hasn’t been any news of anyone falling seriously ill after receiving it,” Chan said in Cebuano.

Lapu-Lapu City resumed its vaccination program for senior citizens on Monday after it received 7,600 doses of the AstraZeneca vaccine from the DOH 7.

The City Government has rented tricycles to bring senior citizens to the two vaccination sites.

Mandaue City Mayor Jonas Cortes, for his part, said the inclusion of LCEs in the priority list will boost “vaccine confidence” and change the mindset of the people.

Cortes told SunStar Cebu that he is willing to get vaccinated. He thanked the national government for recognizing the important role of LCEs in the fight against Covid-19 and the vaccination program.

“Our line of work requires us to be on the front lines as a beacon of hope to inspire the public to cooperate and be part of this fight against an unseen enemy and to espouse the true meaning of bayanihan,” said Cortes.

As for Cebu Gov. Gwendolyn Garcia, she had said in a previous interview that she would let her constituents get vaccinated first. (LMY / GCM / ANV / PJB / KFD)
< Previous PageNext Page >