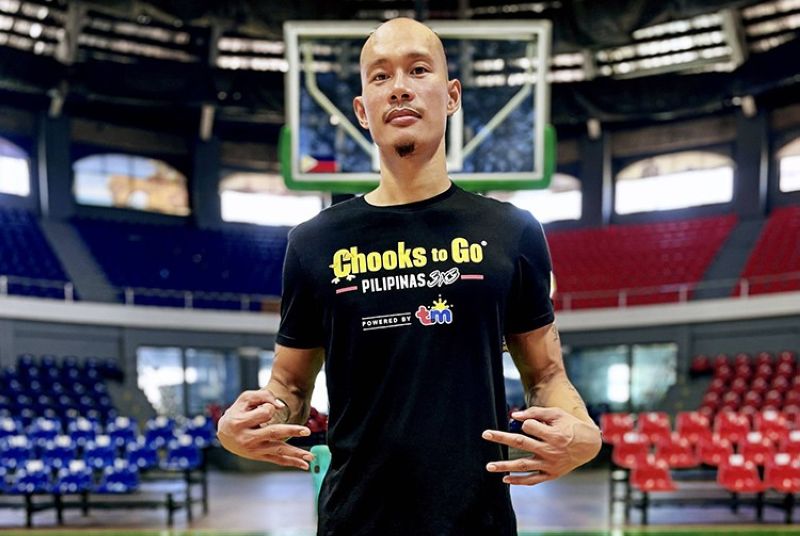 Veteran forward Mark Yee is grateful for the opportunity to play for flag and country in the FIBA 3x3 Pro Circuit. (Chooks-to-Go)

After leading the Davao Occidental Tigers to the Maharlika Pilipinas Basketball League (MPBL) Lakan Cup crown and winning the Finals MVP plum, veteran forward Mark Yee is ready to take on another challenge after he was tapped to become part of the Manila Chooks TM team that will do battle in the 2021 FIBA 3x3 Pro Circuit.

The invitation was an unexpected one for Yee as he didn’t expect to get an opportunity to play for flag and country this late into his decorated basketball career.

Yee has already had experience playing 3x3 basketball as he spearheaded Fyr Fyter Bacolod's magical run in the second leg of the Chooks-to-Go Pilipinas 3×3 Magiting Cup. Yee teamed up with Adrian Celada, Mark Dela Cruz, and Louie Medalla and took down the top 3x3 teams in the country en route to winning the title in that leg.

In Manila Chooks TM, Yee will be joined by Cebuano stalwarts Macmac Tallo and Zachy Huang along with Dennis Santos and veteran guard Chico Lañete as they compete in the 2021 FIBA 3x3 Lipik Challenger from May 21-22.

Standing at just 6-foot-3, Yee knows they are facing a huge size disadvantage in this competition. However, he vows they would not back down against the world's top 3x3 teams in Croatia.