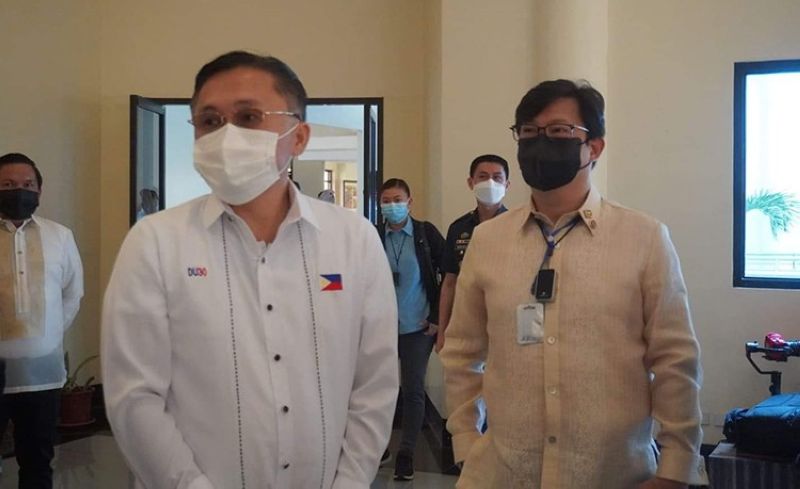 PRESIDENTIAL Assistant for the Visayas Secretary Michael Lloyd Dino thanked Senator Christopher Lawrence "Bong" Go for his fast action on the requests of the local chief executives (LCEs) to be included in the priority list for the Covid-19 vaccine.

The Office of the Presidential Assistant for the Visayas (Opav) has endorsed the request of LCEs to the Senator Go.

The LCEs made the request when the Opav team, led by Undersecretary Anthony Gerard “Jonji” Gonzales, who represented Secretary Dino, visited the different local government units (LGUs) during the Cascading of the Visayas Covid-19 Vaccination Operations Center (VVOC) Manual in the three regions of the Visayas.

The National Covid-19 Vaccination Operations Center released Advisory No. 40 allowing all LCEs to be part of the Priority Group A1 or Workers un Frontline Health Services.

"Local Chief Executives, namely governors and mayors, as Head of the Local Health Board and as Chair of the Local Task Force Against Covid-19 are included in the Priority Group A1: Workers in Frontline Health Services," read the advisory.

LCEs are specifically under the Priority Group A1.5 or Personnel in Government-owned Community-based Primary Care Facilities.

The said advisory was released last May 15 and was signed by Undersecretary of Health and Field Implementation and Coordination Team Myrna Cabotaje.

Upon the guidance of Secretary Dino, Usec Gonzales sent a text message detailing the request to Senator Bong Go, who chairs the Senate Committee on Health.

Since he is the closest to President Rodrigo Duterte, Senator Bong was expected to bring this matter to the attention of the President.

“Our mayors are at the forefront in the fight against Covid. Our mayors are frontliners too. So, karapatdapat lang na mabakunahan ang mga mayors natin,” said Usec. Gonzales during his speech in Catarman, Northern Samar last May 3.

Gonzales’ support for the proposal had been lauded by the mayors who pointed out that the vaccination of local government heads can help encourage the citizens to trust the vaccines.

Secretary Dino also thanked Senator Go for always hearing out the sentiments of every Filipino especially during these trying times.

"We have a senator who has always shown his Malasakit to the Filipinos even before this pandemic. Now that we are now in the vaccination era of the Covid-19, I think it is justifiable that our LCEs will also be prioritized since they are on the frontline of this war," said Secretary Dino.

Opav successfully cascaded to the LGUs in Central, Eastern, and Western Visayas the vaccination manual that can help LCEs in their vaccination operations. (PR)