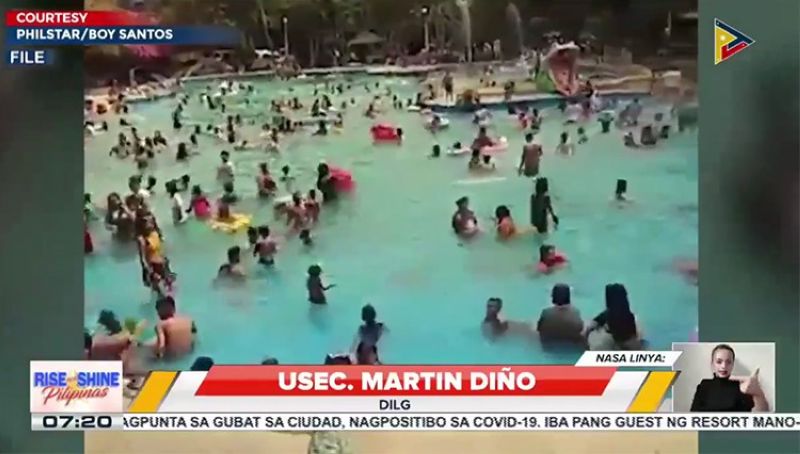 FOUR of the hundreds of guests of the Gubat sa Ciudad resort on Mother’s Day have tested positive for Sars-CoV-2, which causes the coronavirus disease 2019 (Covid-19).

Lawyer Sikini Labastilla, chief of the Caloocan Covid-19 Command Center, said one of the four coronavirus-positive guests was manifesting symptoms, while the others, which include a minor and a breastfeeding mother, were asymptomatic.

The patients were brought to a quarantine facility in the city. Their family members will also undergo Covid-19 testing.

Labastilla said the four patients were among the 123 people whom they located and tested after that “swimming spree” whose photos and videos went viral on social media.

The photos and videos posted by the Philippine Star showed a large number of people celebrating Mothers’ Day at the resort on May 9. The crowd included children, who were not allowed to step out of their homes in areas under modified enhanced community quarantine (MECQ).

The National Capital Region was placed under MECQ until May 14 and resorts were among the businesses prohibited from operating in areas under this quarantine status.

Because of the incident, Caloocan City Mayor Oscar Malapitan has ordered the closure and the revocation of business permits of the Gubat sa Ciudad resort, noting it continued to operate and accepted guests despite the prevailing MECQ.

Charges have also been filed against the barangay officials, while Police Major Harold Aaron Melgar, chief of Caloocan Substation 9, was relieved from his post due to the incident. (SunStar Philippines)