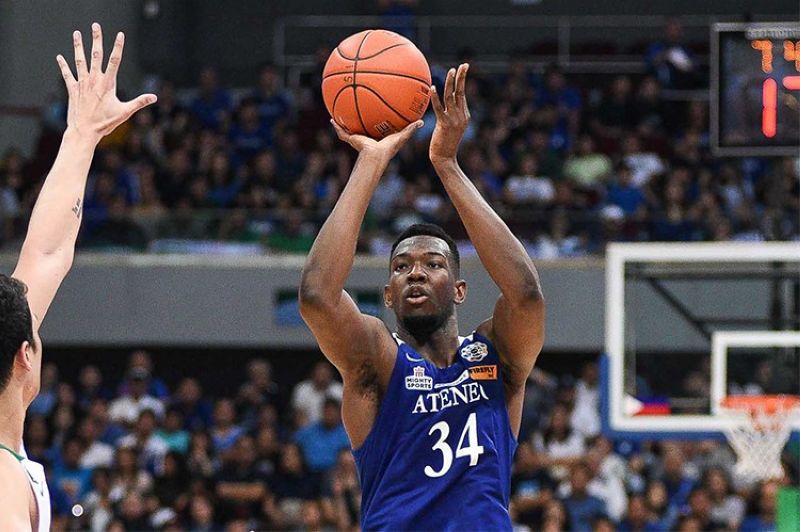 MANILA. Ivorian basketball player Angelo Kouame has been granted Filipino citizenship after his naturalization bill was signed into law by President Rodrigo Duterte. (The UAAP)

THE Gilas Pilipinas men’s basketball team will finally get their man in the middle, as big man Angelo Kouame was granted Filipino citizenship after his naturalization bill was signed into law by President Rodrigo Duterte.

The development is a crucial one as this means the 6-foot-10 Kouame would be able to suit up for Gilas in the third window of the 2021 FIBA Asia Cup qualifiers next month in Clark, Pampanga.

In a statement, the Samahang Basketbol ng Pilipinas’ (SBP) president Al S. Panlilio expressed its thanks to Duterte and other government officials that helped make it happen.

“The SBP extends our appreciation to President Rodrigo Duterte for signing it into law and Executive Secretary Salvador Medialdea and Senator Bong Go for their assistance,” Panlilio said.

The next step for Kouame is to complete the requirements mandated by FIBA for a naturalized player to be able to play for his new country.

Panlilio, though, is confident that everything will be done well before the Philippines hosts the third leg of the FIBA Asia Cup qualifiers next month.

“We are confident that he’ll be able to play during our hosting of the FIBA Asia Cup Qualifiers and the FIBA Olympic Qualifying Tournament in Serbia,” Panlilio said.

He added that Kouame’s presence is vital not just for the immediate future but also for their buildup for the 2023 FIBA Basketball World Cup, which the country is co-hosting.