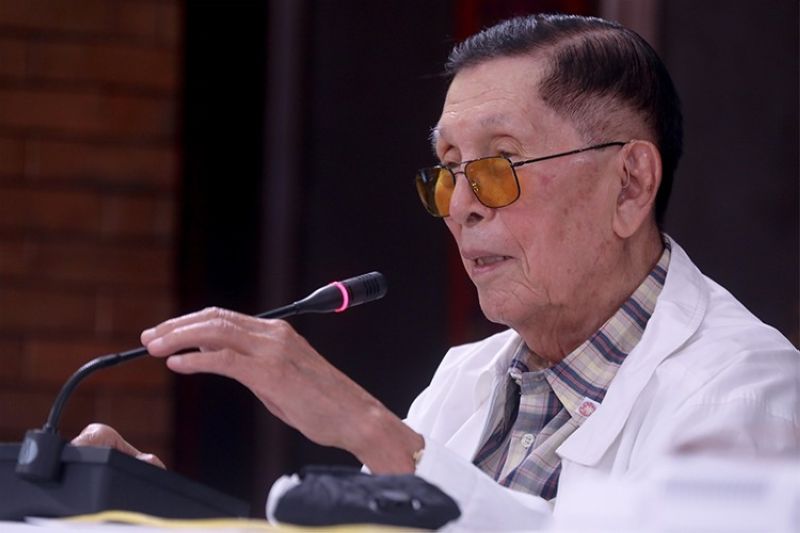 FORMER Senate President Juan Ponce Enrile said the 2016 The Hague ruling favoring Philippines over China in its claim in the West Philippine Sea is not meaningless, but the United Nations (UN) has no police power to enforce it.

Enrile’s statement was contrary to President Rodrigo Duterte’s belief that the arbitral ruling is “meaningless” as it will just be rejected by China.

“This is really the dilemma of the nation. For me, Sir, the beginning of this problem was when we retreated,” Duterte said in his public address aired Monday, May 17, referring to the standoff between the Philippines and China in the Scarborough Shoal in 2012.

“Since then, ‘yung mga paper works about the arbitral award has become meaningless and the opposite camp of the political side ay sinasabi that I should do my very best in asking the UN,” he added.

But Enrile said The Hague ruling is not meaningless, as it is already on record.

He said, though, that the UN cannot enforce as it has no police power.

Duterte earlier invited Enrile to discuss the country’s maritime concern, as he believed that the former Senate President and defense minister has deeper understanding and knowledge on the issue.

The Hague-based Permanent Court of Arbitration ruled in July 2016 that “there was no legal basis for China to claim historic rights within the sea areas falling within the nine-dash line.”

On April 8, 2012, a confrontation between Chinese authorities and the Philippine Navy occurred after the former denied Filipino fishermen from entering the Scarborough Shoal, one of the region’s richest fishing grounds and a flashpoint between the two countries.

Enrile said in June 2012, the two countries agreed, through the mediation of the United States, to vacate the area. While the Philippines withdrew its forces in the said area, China refused to comply.

He said the United States did not do anything about China’s failure to follow the agreement.

This has prompted the Philippines to challenge China’s legal basis for its expansive claim over the 90 percent of the South China Sea, which includes the smaller West Philippine Sea, before the Permanent Court of Arbitration (PCA) in The Hague, Netherlands in 2013.

On July 12, 2016, the PCA issued its ruling in favor of the Philippines and invalidated China’s claims.

The issue on the disputed area hit the spotlight again after some 200 Chinese vessels moored in the Julian Felipe Reef, which is within the country’s exclusive economic zone but China insisted it was theirs.

Duterte was irked after being called by some former government officials to do something about the matter and defend the arbitral ruling.

He said in his previous statements that the ruling is nothing but a piece of paper that can be put to trash.

On how to deal with it, Enrile said the Philippine government should impose a “friendly approach” on the resurfacing issue instead of being aggressive and assertive.

The 97-year old former lawmaker said the Philippines is on the losing end if it antagonizes China.

“We have no choice except to negotiate with China. Assuming there's no dispute about our right to over exclusive economic exploitation of our West Philippine Sea assets, still we need foreign money to make it a social wealth in our country,” he said.

"Our choice is to go to Europe to get technology and capital to explore and exploit energy resources of our economic zone in West Philippine Sea or deal with China. China is the best energy explorer in the planet," he added.

"After all, Mr. President, you are responsible for Filipino people. You are not responsible for any specific person to your foreign policy. Yours is to protect the interest of the nation and its people in the best way you can," he added. (SunStar Philippines)