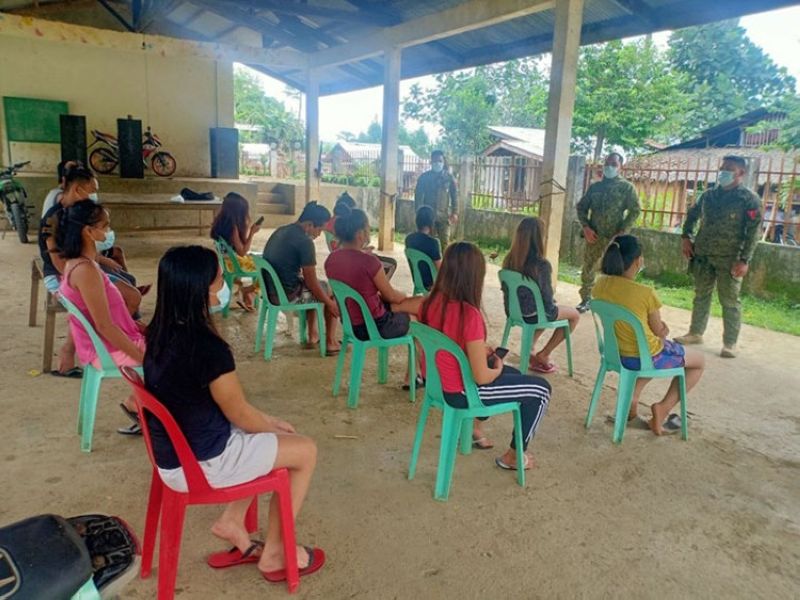 THE Community Support Program (CSP) team of the 97th Infantry Battalion (IB) and Zamboanga del Norte Provincial Mobile Force Company has launched an outreach activity to empower the youths as partner of the government.

Boransing said 12 youth of Nuevavista village joined the information drive dubbed as "Kabataan Kontra Droga at Terorismo (KKDAT)," which was initiated by the CSP team together with Maria Roselle Simingit, the youth president in the village.

Boransing said the KKDAT was established to mobilize and organize the youth sector into a potent force organization and proactive partner of the government.

He said the objective is to enable them to strengthen the advocacies relative to anti-illegal drugs and anti-terrorism, and more importantly to empower them not to fall prey to the incapacitating temptation of these two threats

The activity was intended to insulate the youth from radicalization efforts of the communist movement, he added.

Through this effort, the youth will be resilient to the radical ideologies and to protect them from being indoctrinated by Communist Party of the Philippines-New People's Army, Boransing said. (SunStar Zamboanga)